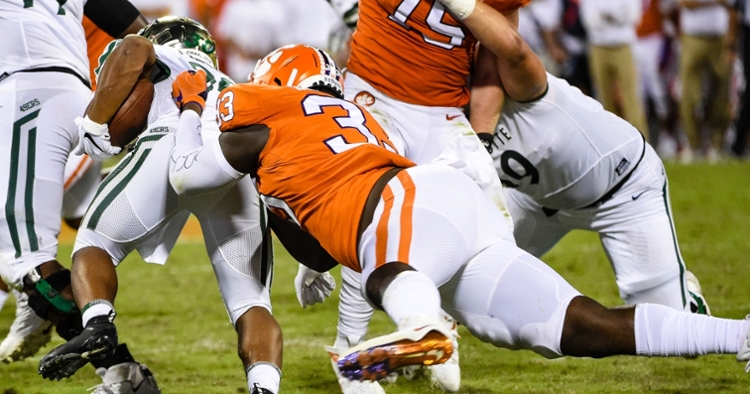 Ruke Orhorhoro is another talented DL on Clemson's roster

Clemson's defense is stacked with defensive line talent across the board.

One of those players is sophomore defensive tackle Ruke Orhorhoro who had successful surgery on his knee recently according to head coach Dabo Swinney on Monday.

However, the scope turned more into a repair of his meniscus, and Swinney announced that he will be out until at least December.

He is the first Clemson signee from the state of Michigan since 1975.