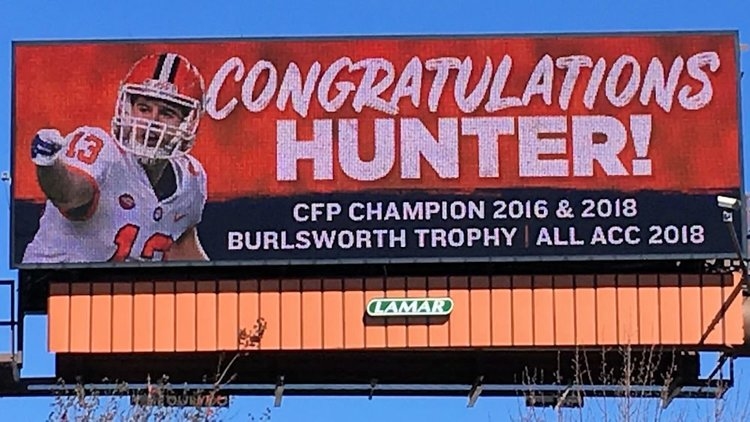 Hunter Renfrow will always be a fan favorite at Clemson.

His rise to fame from a humble walk-on to being a big-time performer in two National Championship wins is something out of a movie script.

The Socastee community wanted to celebrate Renfrow's impressive collegiate career by putting up a new billboard in his honor.

The billboard displays his recent achievements winning two CFB titles, being named All-ACC, and being named the 2018 Burlsworth Trophy winner.

Renfrow had 186 receptions for 2133 yards and 15 touchdowns during his four years at Clemson. He is currently practicing for the upcoming Senior Bowl in Mobile, Alabama.