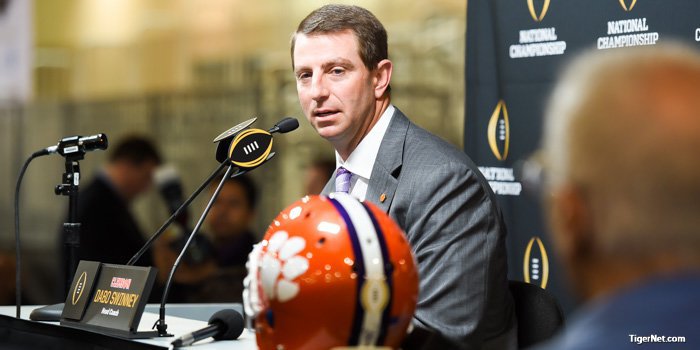 Clemson coach Dabo Swinney spoke to the media for the ACC Championship Coaches Teleconference on Sunday evening and answered a question about the allegation that one of his players used the N word in pregame directed towards the South Carolina players.

"I was made aware of that," Swinney said. "Obviously everybody is talking about that. That's a shame. Absolutely I asked my guys about that. To a man absolutely false and I believe my guys. I know the character of my team. That's all there is to say about it."

@BleacherReport can you correct your tweet! I was talking about the fans and not the players