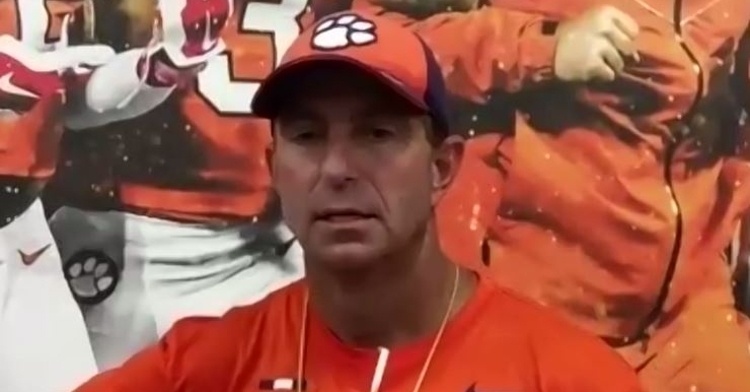 Clemson head coach Dabo Swinney held a media session on Wednesday as he answered various questions from the media including his reaction to the police shooting of 29-year-old Jacob Blake.

"We had a long conversation as a team about all that," he said. "There's really no words to describe it other than just incredibly disgusting, disappointing to see something like that take place. If there's a positive and it's hard to find a positive, but if there is one, it's hopefully the awareness that's been created since May and high alertness to make sure that people are held accountable and things are done right. It's just really you don't have any words for it."

In the last few hours, the NBA and MLB have had several teams protest the shooting by not playing on Wednesday.