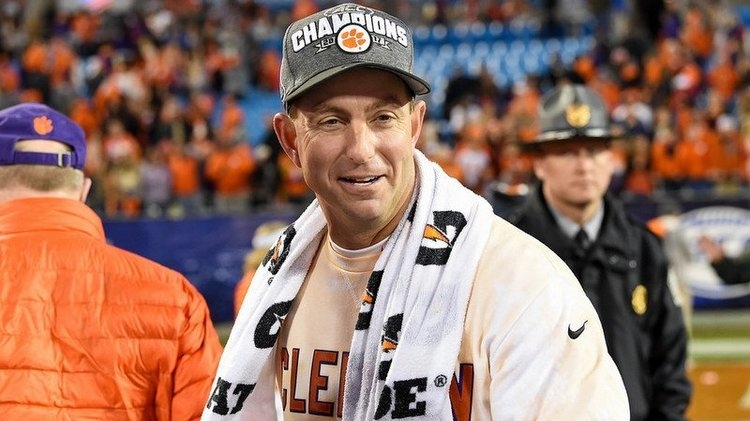 Clemson head coach Dabo Swinney has won two National Championships in the last three years staking a claim as one of the elite coaches in America.

"Swinney’s resume at Clemson continues to get better with each season," Athlon's Steven Lassan said. "Since taking over as the program’s interim coach in 2008, Swinney is 116-30 overall and has led the Tigers to two national championships. Clemson has made the CFB Playoff in each of the last four years and recorded eight consecutive seasons of 10 or more victories. Swinney has guided the Tigers to four straight ACC titles and lost only two league games over the last four years. After a 19-15 start to his tenure, Swinney is 97-15 since 2011."