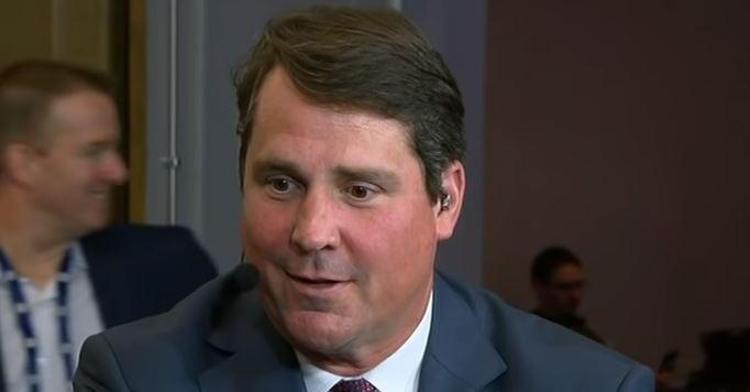 South Carolina head coach Will Muschamp had a rather eventful SEC Media Days 2019 experience including some interesting Clemson-themed questions.

Muschamp was asked by a bold reporter if his program was the 'little brother' of defending champion, Clemson.

Obviously, the head coach didn't want to admit any inferiority with the Tigers.

Muschamp later on was asked by CFB Live's Peter Burns and Joey Galloway which elite coach would he want to play for between Alabama's Nick Saban or Clemson's Dabo Swinney.

"Nick Saban...there is no thought process there," Muschamp said. "Absolutely not. Defensive coach (Saban) that philosophically align the same way so a lot of reasons. How much time you got?"

This was a pretty silly question to ask Muschamp by the ESPN crew. Of course, he can't say Swinney would be his choice since he is literally going after some of the same in-state recruiting targets from time-to-time.