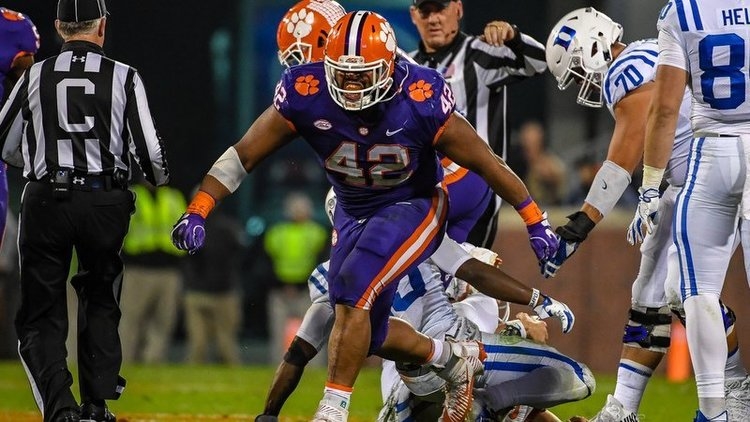 Wilkins is playing in his fourth-straight Playoff game.

Christian Wilkins is among a group of players from the last four seasons who are set to travel to a fourth different College Football Playoff Semifinal site come Sunday.

Wilkins sees something different about this team going in, in many ways because of that.

"I feel like this definitely the deepest we've been," Wilkins said. "We've got a lot of guys at every position - 2-3-4-5 guys who can get their job done. We're a pretty healthy team because of the depth we've been able to throw out a bunch of guys. This is the healthiest we've been so that's definitely good going into it. This is the most experienced we've been.

"This all anyone on the team knows...The seniors on down - this is all we know is the Playoffs and getting ready for those kind of games. It's definitely good having that kind of experience."

Notre Dame, on the flip side, is making its first Playoff appearance and Wilkins says that debut can be daunting.

"The hardest time is staying focused because you have so much more free time than you're used to," Wilkins said. "So much time in between games than you're used to. You have to get almost a camp mindset. Preparing like you would in camp like you were preparing for your first game of the season...Remain consistent on what you've done so far this season and staying sharp and bringing that into the Playoff game."

After opening as a 10.5-point favorite, Clemson is now a 13-point favorite for the Dec. 29 kickoff at 4 p.m Eastern at the Cotton Bowl.