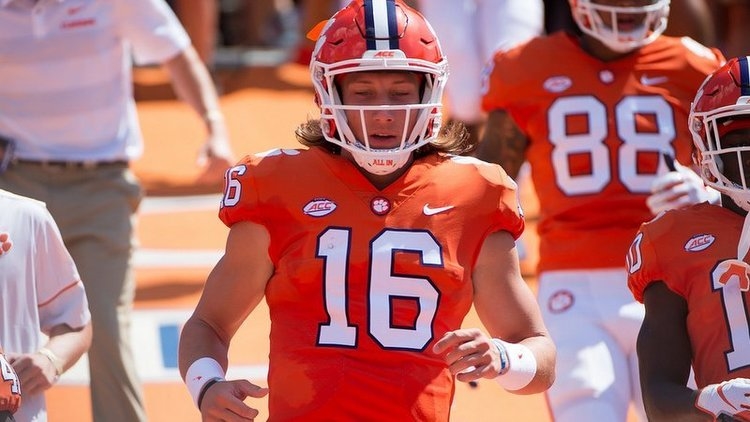 Fox Sports' college football analysts tackled the chances of a fifth-straight Clemson and Alabama matchup over the weekend - and former Ohio State coach Urban Meyer says the two programs have earned his respect for tackling a tough series of repeats.

"It’s very hard to repeat,” Meyer said. “The game changes, your team changes, your staff changes. Look at the National Football League, Major League Baseball, the NBA. It’s very hard to repeat. In 2016 after the Cubs won the World Series, I sat down with Joe Maddon and we just had that conversation, how his team changed from one year to the other. Once you win it, everything changes.

"That’s why you’ve got to have great respect (for Clemson and Alabama). The schedules line up, elite quarterbacks. It’s very hard to repeat."

Meyer went on to make a bold statement on the Tigers' sophomore starting QB Trevor Lawrence.

"But what about the rest of the team?" Meyer continued. "Are they going to stay focused and keep swinging like they swung last year?"

"These are the two best teams in college football,” Bush said. “And yes, we will see a rematch of Alabama-Clemson. Two things stick out to me when I think about both of these teams — culture and recruiting. Nick Saban and Dabo Swinney -- much like coach (Meyer) did, have created a winning culture at their respective colleges. To the point to where the team can operate itself.

"All the coaches have to is drive the Rolls Royce. Guess what, every year they get a new three to four-year lease on a Rolls Royce. They’re shopping for Ferraris, Lamborghinis, matter of fact, let me get that Ford F-250 turbo diesel in Najee Harris. And the players know. The players can police themselves. They know 'This is how we do it at Alabama and Clemson' and that’s why they’re better than everybody else.”