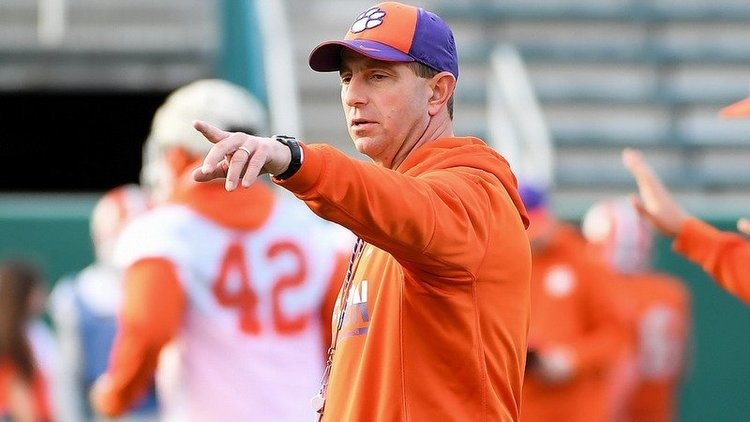 Clemson head coach Dabo Swinney met with the media on Friday to preview Saturday night's ACC Championship game between No. 2 Clemson and Pittsburgh.

The Tigers are going for an impressive four straight ACC titles in a row.

"It's always great to see y'all on the Friday before the ACC championship game," Swinney said. "That means we have had a great year. We're excited to be back up here, really proud of our football team, our staff. It's been an amazing season to this point. Obviously being 12-0, can't do any better than that."

Swinney is humbled to be at the ACC title again for another year.

"But just it's an honor to be here and represent our division, play for the overall championship. Man, Pat is awesome. Got a great amount of respect for Coach Narduzzi, his team, what they've done. Both teams have earned the opportunity to be here, a chance to compete for the overall ACC title."