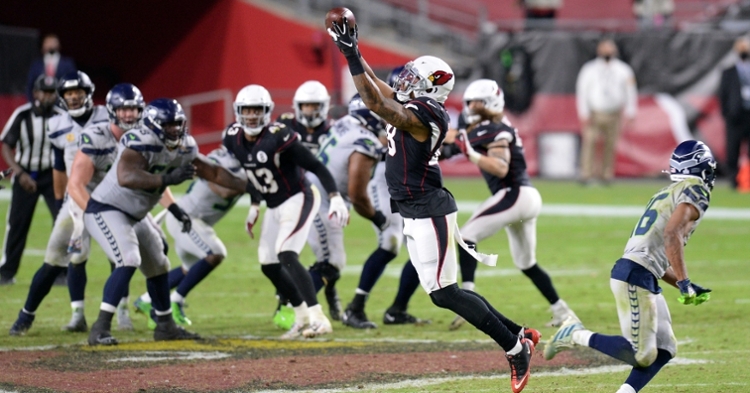 Arizona Cardinals rookie linebacker Isaiah Simmons is starting to make his mark in the NFL.

During Sunday's win against the Seahawks, Simmons had a game-changing interception with 1:04 left in overtime with the score tied at 34. The interception play was only Simmons' fifth snap (out of 81) of the game.

The Cardinals drove down the field for 19 more yards and made a game-winning 48-yard field goal.

"You saw tonight the ability he (Simmons) has to make that play, and that situation was huge and will do wonders for him moving forward,” Cardinals head coach Kliff Kingsbury said to the media following the game.

Simmons was one of a few players that received a game ball in the locker room after the win that took the Cardinals to a 5-2 record.

For the season, he has 10 tackles and an interception.

Check out his interception below: