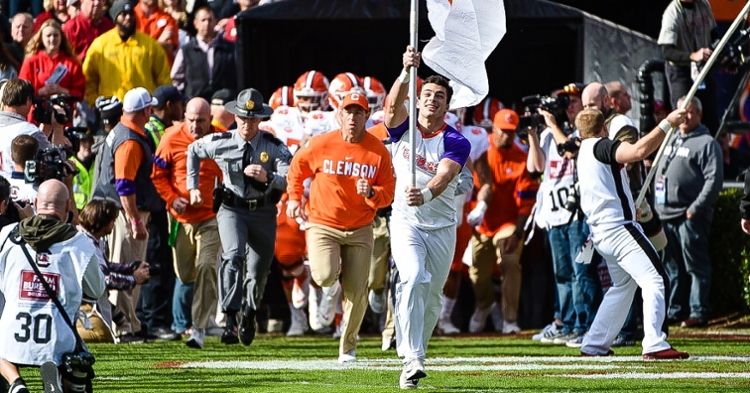 "It'll be exciting, he said to ESPN's Rece Davis. "You know, I've seen Ohio State a few times. I mean, they're unbelievable. This is definitely --, and we've played them a couple of times, this is easily the most talented and the most complete Ohio State team that we've played in those previous couple times over the last several years.

Swinney thinks Ohio State has a talented defense and a special quarterback.

"Unbelievable defense and then what they've done offensively has been special to watch, lead by Justin (Fields) and the combination of their run game and their pass game," he said. "And just the threat that he brings, his ability to beat you with his arm and his legs. He's a special player. So it'll be a great matchup. Two great young men, two great quarterbacks that have a great will to win, and it should be a heck of a game out there in Arizona."