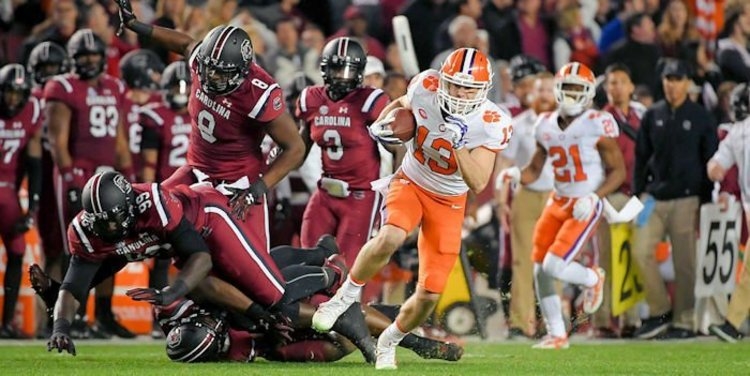 It's Palmetto rivalry time as No. 2 Clemson (11-0) will face off against South Carolina (6-4) inside Death Valley on Saturday night at 7 p.m. on ESPN.

Clemson will be going for five straight wins over the Gamecocks for the first time since 1940.

Vegas odds have opened up for the rivalry game and the Tigers are an impressive 25.5 point favorite. There has only been four times in the history of the rivalry that Clemson has been favored by 13 or more points and three have been since 2015. The highest spread ever 26 points in 2016 and Clemson won 56-7.

Freshman phenom Trevor Lawrence will get his first taste of the bitter rivalry.

“Even watching it on TV last year, you could see the rivalry between the two teams. It’s a big game, so we are just going to have a good week of preparation.”