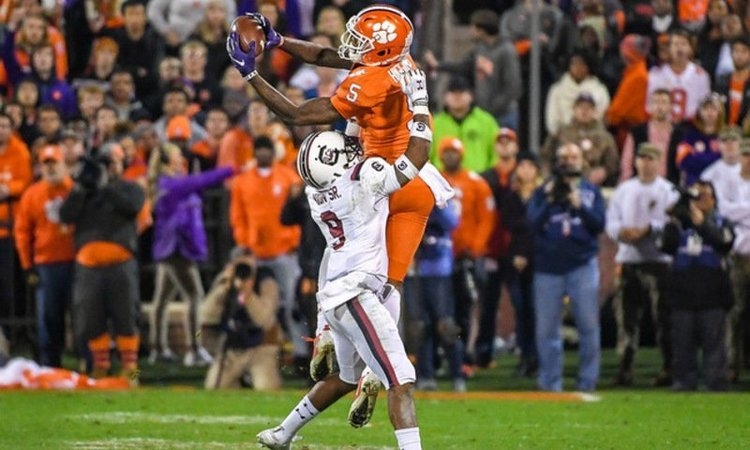 Higgins could have a big game against South Carolina

The Clemson-South Carolina rivalry game has been all orange as they have stockpiled an impressive five-game winning streak.

Vegas odds were released on Tuesday showing that it could be another painful night for the Gamecocks (4-7) as they are 24.5 point home underdogs against No. 3 Clemson (11-0).

The contest will be played next Saturday at Williams-Brice Stadium (12 p.m./ESPN).

Dabo Swinney knows that his team will face a fired-up Gamecock squad.

“You can throw the records out. The records don't matter. This is Clemson-South Carolina,” Swinney said recently to the media. “You are going to have both teams excited to play, and both teams have an open date and two weeks to prepare, so none of that stuff matters. All that matters is what you do those four quarters, and nothing carries over, good or bad. You gotta earn it on the field that day during those four quarters, not anything this year or last year.”

Clemson is a very balanced team scoring 52 or more points in four consecutive games. The defense has held all 11 opponents under 300 yards of total offense this season.