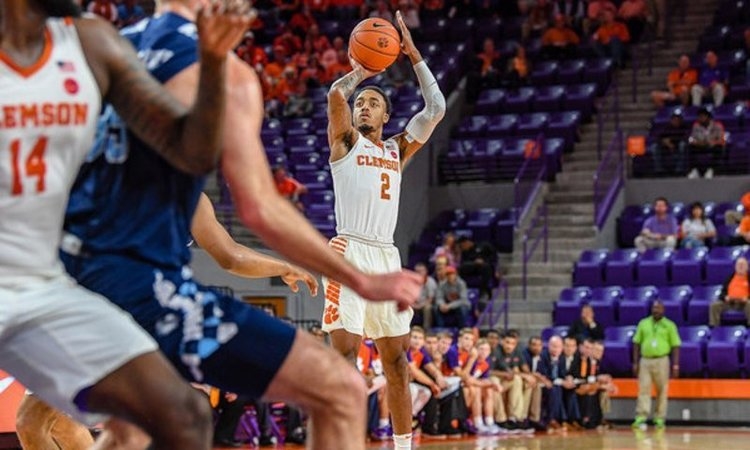 Reed, who leads Clemson with 19.4 points per game, suffered a knee sprain in the game versus St. Peter's on Dec. 4 and has been out the last two games. Brownell said Reed "is doing better."

"He might have an outside chance of playing Saturday some," Brownell said Friday. "He suited up yesterday and did mostly non-contact work. We had him in a few defensive drills that were three-quarter speed. We'll probably try to do a little bit more (Friday) and see how he responds. He's improved a lot in the last two to three days and he's probably more of a game-time decision. Somewhat based on what he does in parts of practice (Friday)."

Brownell said there have been some positives in working in some younger players the last few games and he's looking forward to having a healthier roster ahead.

"Even if Marcquise plays, he really hasn't played much in the last three weeks," Brownell said. "He's not going to be in great rhythm and timing and all of those type of things. That part of it is always hard in getting a guy back from injury...What's best for us in the long run is getting everyone back healthy and get back to where we can practice against one another and establish some rhythm and flow. That's what we need to do."

Clemson and South Carolina tipoff on Saturday at Colonial Life Arena in Columbia at 2:00 p.m. ET. Mike Morgan and Chris Spatola will broadcast the game on ESPN2, while Don Munson and Tim Bourret will have the radio call for the Clemson Tigers Network.