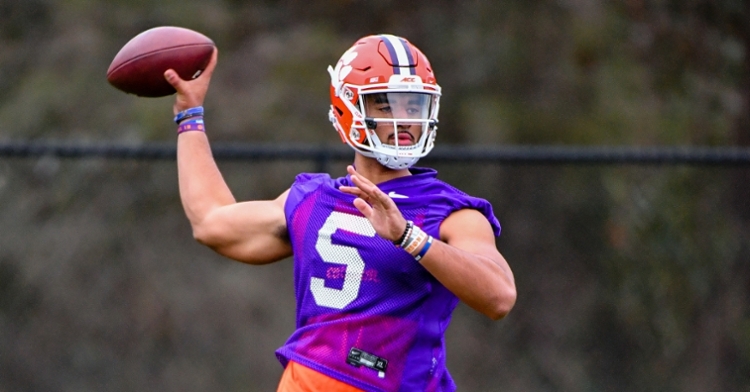 DJ Uiagalelei has rare characteristics and that already makes him one of the top young players in college football.

247Sports found a new way to rate the best in college football with its top-20 players under the age of 20 on Monday.

Clemson's under-20 reps on the list are both from the latest signing class in No. 1 rated defensive lineman (and overall player) Bryan Bresee and No. 1 QB DJ Uiagalelei.

Some of 247Sports' analysis on Bresee: "Bresee drew comparisons to Ndamukong Suh as a recruit. Before spring practices were shut down because of the coronavirus pandemic, he had already begun delivering on that promise as an early enrollee. He lined up and stood out at each defensive line spot for the Tigers."

Some of 247Sports' analysis on Uiagalalei: "The Top247 rankings had the big-armed Uiagalelei No. 3 in the final 2020 rankings, with a rating of 101 that tied him with Lawrence, Justin Fields and classmate Bryce Young for the highest grade ever given to a quarterback. His size, velocity and deep-ball acumen are rare."