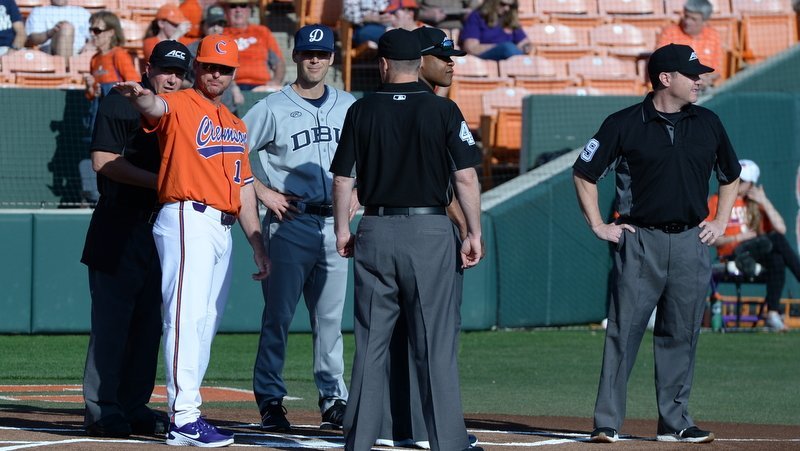 A winning weekend moved Clemson up two spots in the D1Baseball.com poll Monday.

In other polls released Monday morning, Clemson maintained its spot at No. 12 in the Baseball America Top 25.

They are tied for second in the league in fielding percentage (.977; 31st nationally) just behind Duke (.978; 30th nationally).

Clemson returns to action Tuesday at Fluor Field versus Furman (13-11; 6 p.m. start) and then hosts Boston College (9-12) for a Thursday-Saturday series starting Thurs. at 6:30 p.m.