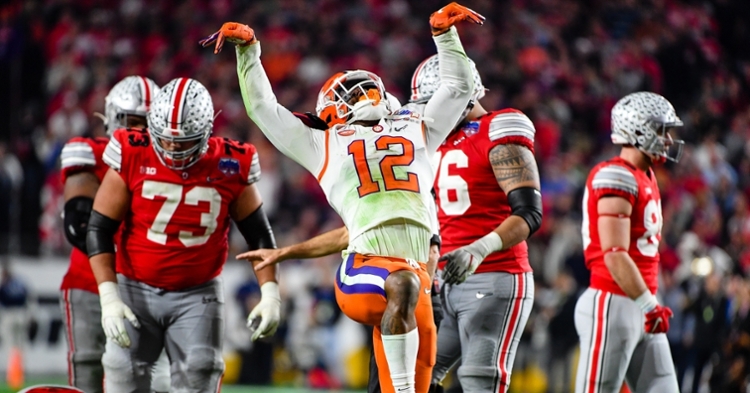 K'Von Wallace should come off the board Saturday.

Four Clemson Tigers have heard their name called in the 2020 NFL draft so far and many more are hopeful when the event resumes at noon Saturday on ESPN and NFL Network.

NBC Sports and SB Nation both regard defensive back K'Von Wallace as one of the top-20 prospects available.

Pro Football Focus said Wallace is one of the best late-round options for safety.

"(Alabama's Xavier) McKinney is that top safety on a lot of boards because he’s already shown that ability at a high level. Wallace has a similar skill set but just didn’t get to see as diverse a role in Clemson’s defense," PFF's Michael Renner analyzed. "He earned tackling grades over 80.0 in each of the last three seasons as a starter, and he recorded a coverage grade of 89.7 this past year in the slot for Clemson."

Each of those sites also regard offensive guard John Simpson strongly in the mix for selection on Saturday.

CBS Sports has utility Clemson lineman Sean Pollard among its 25-best left for the NFL teams.

Top available defensive players on PFF's board after RD 3: