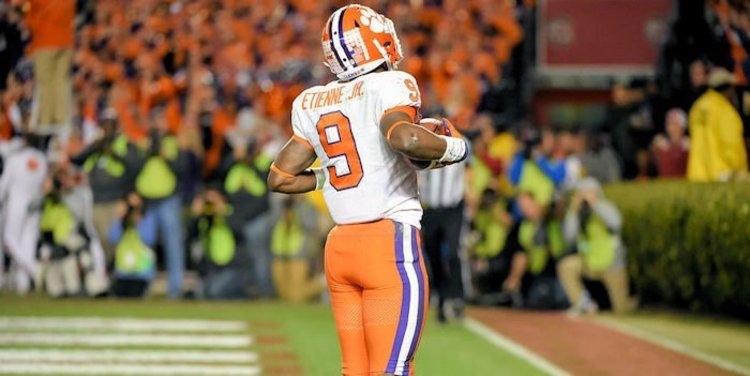 Etienne has that elite burst at the RB position

Clemson head coach Dabo Swinney spoke to the media during Sunday's ACC media teleconference and shared a few injury updates on some of his key players.

Swinney shared that freshman Travis Etienne should be OK for the title game against Miami.

Etienne was seen walking with the training staff to the locker room in the fourth quarter of Clemson's 34-10 win over the Gamecocks.

"He's a little banged up. I don't think it is anything too serious," Swinney said.

Clemson's defensive depth has been tested recently with the injuries to linebackers Chad Smith and Tre Lamar.

"Chad Smith was back yesterday in last night's game. He was dressed and ready to play," Swinney said. "We are still not sure on him (Tre Lamar). It's still early in the week. It's a day to day thing (stinger).

"We’ll assess those guys more tomorrow. I don’t see anybody not being able to play this week. The main guy is Tre Lamar and seeing where he is."