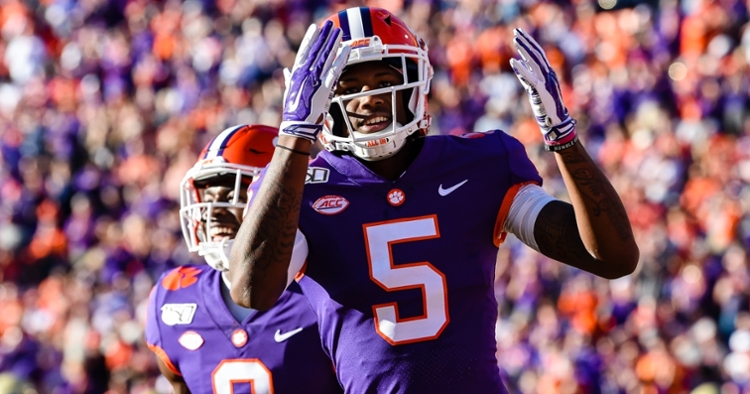 One by one, those with first-round picks passed on Clemson's all-time leader in touchdown receptions. Thankfully for the Tennessee native, Higgins went first off the board on day two in the draft's second round to the Cincinnati Bengals.

"He’s as complete a receiver as we’ve had come out of Clemson and we’ve had a lot of great ones," said Swinney to in an NFL.com video Friday. "Everybody makes their own decisions and evaluations and whatever and there were a lot of good receivers in the draft this year. To each his own. Everybody has to make the decision that’s best for him. You can ask that question over and over as time goes. ‘How did that guy go this late?’ and whatever.

"He was the first pick of the second round and there’s a lot great football players in the country and for him to be in the top-33 is special."

The Tigers coach, however, did believe Higgins had some room to grow on the college level.

"I think had he came back that he could’ve been a top-5, top-10 pick," Swinney said, "but he was ready and I certainly supported him in that and I fully thought he would go in the first round. He didn’t. He went 33rd. He will do well. All of that stuff is over with and now it’s time to go to work.

"I can just tell you -- Tee Higgins is going to be an impactful guy the first time he steps on that practice field. He’s an awesome young man. Truly as complete a player as we’ve had come out of here at the position."

.@teehiggins5 wore a heart monitor for the #NFLDraft to show us how it actually feels when your dreams become reality ??????#FromTheHeart @Bengals pic.twitter.com/PAJtRDMXAG