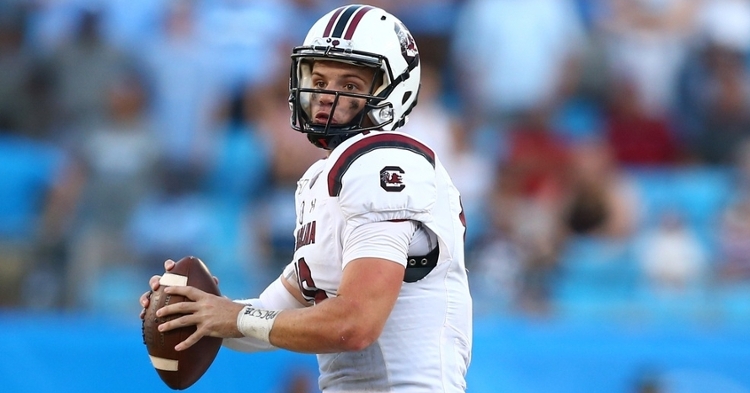 South Carolina quarterback Jake Bentley reportedly will be out at least six weeks with a mid-foot sprain. If the injury requires surgery, Bentley will be likely out for the season.

During Tuesday's press conference, Dabo Swinney was asked by a reporter if he had any reaction to Bentley's injury.

"I don't know what happened," he said to the media. "I did hear about it yesterday and I hate it for him. Hope it's not as serious as they say. The kid has worked really hard. He's a great young man and he is a product of this state. I know he is committed to his team and I know he has put the work in to be the best he can be."

"You hate to see anyone lose their opportunity especially their senior year. It's tough. It's part of the game. We all know that but my heart goes out to him and hope he can recover and not be as serious as they say."

Will Muschamp: South Carolina QB Jake Bentley has a mid-foot sprain. If he needs surgery, which won't be known until later this week, he will miss the remainder of the season. If no surgery, could be back in 6-8 weeks.