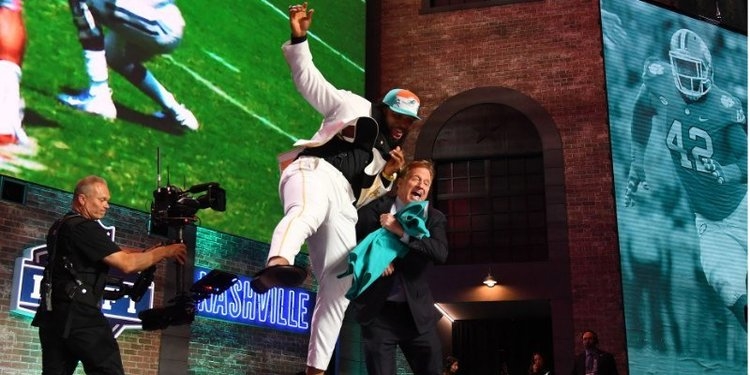 ACC Defensive Player of the Year Clelin Ferrell of Clemson was selected fourth overall by Oakland. A consensus first-team All-American, Ferrell was the first of three Clemson defensive linemen selected during the first round. Defensive tackle Christian Wilkins was taken 13th by Miami and defensive tackle Dexter Lawrence went 17th to the New York Giants. As a result, Clemson joined NC State in 2006 as the only schools with three defensive linemen selected in the first round of a single draft.

Duke quarterback Daniel Jones was picked sixth overall by the Giants. He is the highest Blue Devil draft pick since Mike Junkin went fifth overall to the Cleveland Browns in 1987 and became the seventh Duke player to be selected in the first round.

Boston College offensive guard Chris Lindstrom was picked 14th overall by Atlanta. He became the 20th first-round pick in Boston College history and the first since Luke Kuechly went ninth overall to the Carolina Panthers in 2012.

Florida State’s Brian Burns, a first-team All-ACC defensive end, was selected 16th by the Carolina Panthers. He is the 45th first-round draft pick from Florida State, tied for the 10th-highest total all-time. Burns ranked second in the league in sacks and sixth in tackles for loss last year.

The ACC has had 86 first-round draft picks in the last 15 years, beginning with the 2005 draft. That is second-highest total among all conferences.

ACC Selections in the First Round NFL Draft