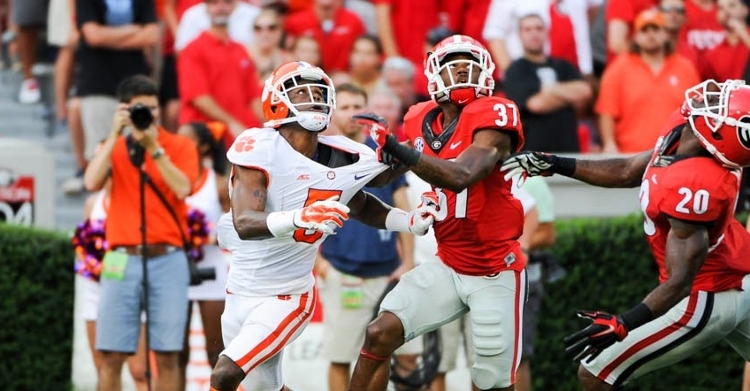 The border rivals are now scheduled to play six times between now and 2033.

Radakovich said they were discussing another matter on a call before Radakovich posed the question on if McGarity was satisfied with Georgia's 2021 non-conference schedule, after scheduling some big-ticket games down the road.

With a lacking non-conference slate like Clemson in 2021 (previously San Jose State, UAB and Charleston Southern), McGarity agreed they could boost their schedule too.

Radakovich told WFNZ in Charlotte that they renewed their conversation in January to announce the deal this month.

One of the hitches to that plan was Clemson not having its usual seven home games. The opportunity to bring the 2021 non-conference schedule more in-line with what the Tigers have done previously ruled the day, Radakovich said.

“We try to play seven home games every year. That’s one of our scheduling tenets,” Radakovich told WFNZ. “But like any rules, you need to look in a different direction based on the circumstances you have. We looked at the strength of the schedule we were facing in 2021, and said, you know what, we do normally play the seven games at home since 2005. After 2021, the way the schedule is put together -- we will have seven home games scheduled through 2037.