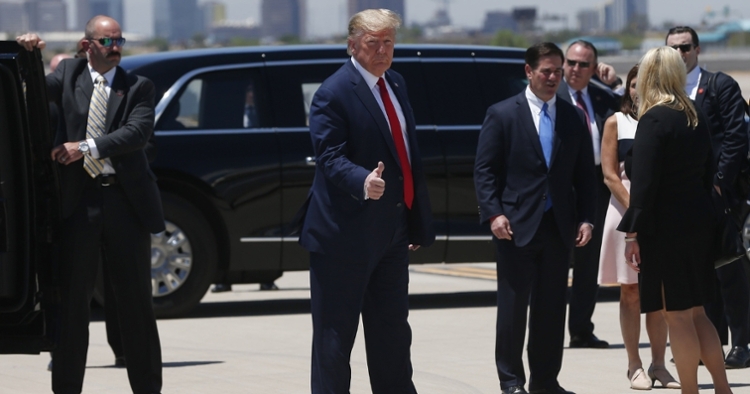 Politics and sports have never been more intertwined as we near the fall sports season of 2020.

President Donald Trump told reporters Wednesday that he spoke with Clemson quarterback Trevor Lawrence about the college football season with regards to the COVID-19 pandemic.

"I spoke with Trevor Lawrence (Tuesday), the great quarterback, and he's very smart," the President said. "He understood it very well. He said, 'hey, I'm a lot safer on the field than being out there' and he got it. He got it very quickly."

"Coach O, I spoke with him. He's some coach. That one, he's a great coach and he feels his players just want to be out there, so we've spoken to a lot of different people."

“We want to see college football.”

Trump said he spoke with @ClemsonTigers quarterback @trevorlawrencee, who told him he wants to play this season pic.twitter.com/p9TWBlTSqi

As far as who called who with Trevor Lawrence and POTUS: a Clemson spokesman says Lawrence said a White House staffer initiated conversation and provided him a number to call the President.