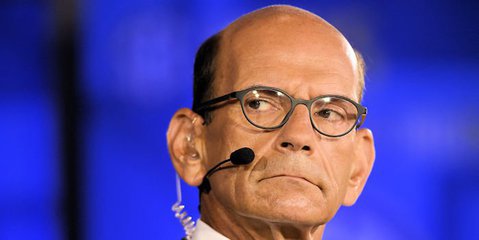 ESPN analyst Paul Finebaum was a guest on the Dan Patrick Show Wednesday as they talked about several subjects including the legacy and future of Clemson head coach Dabo Swinney.

"There is no way he goes back there (Alabama)," Finebaum said about Swinney's coaching future. "I was at a banquet two years ago, where he was inducted into the Alabama Sports Hall of Fame, and he was teary-eyed and emotional. His family was there. It was a big moment for him. That was a National Championship ago."

Finebaum understands that Clemson is a special place.

"Having another one (title) really solidifies you, and he is now in rarified air," he said. "He has as great a situation as any coach has ever had. He's beloved. You have been there, Dan. It's an unbelievably cool place, and the only thing that matters is college football. To go to Alabama and follow Nick Saban is insane."

Paul @Finebaum sees no scenario that Dabo Swinney would leave Clemson to coach at Alabama and called his current gig with the Tigers “as great a situation as any coach has ever had.” pic.twitter.com/2akIbcMQDN