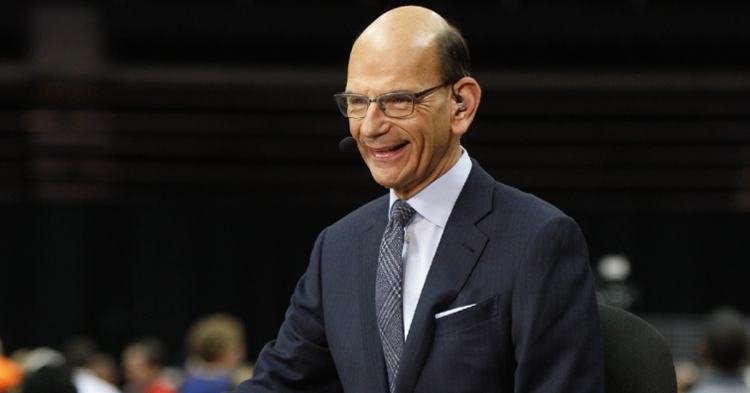 ESPN College Football personality Paul Finebaum is not 100 percent sold on college football being played this season from the start according to his talks with people within the industry.

"College football is just an absolute hot-mess right now," Finebaum said on ESPN's Get Up on Friday. "You have so many different views, and really no leader as has been pointed out many times."

Finebaum understands the difficulty logistically of playing sports because of COVID-19 still being spread around at high rates in the United States, hitting an all-time high of 40,000 new cases on Friday.

"By now, we thought we would know everything. We don't know anything. I think we are now pointing towards mid-July for the next big decision, and I think many people in college football privately, nobody publicly saying this, but privately are saying that the likelihood of the season being delayed is very good."

"Many people in college football ... privately are saying that the likelihood of the season being delayed is very good."