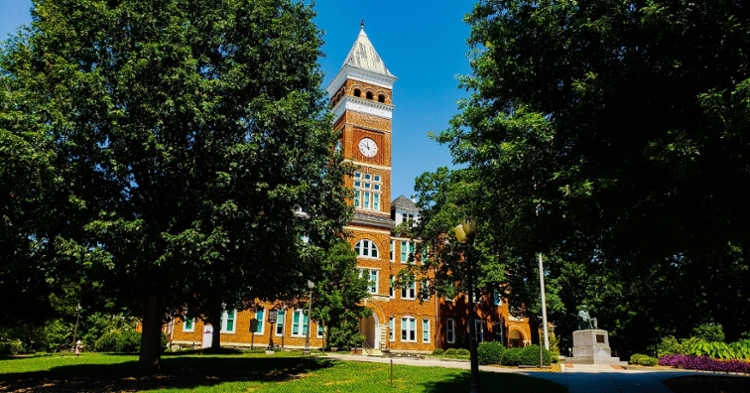 CLEMSON – The Board of Trustees met in open session early Friday and there were several nuggets we would like to pass along.

We will start with a COVID-19 testing update – the university has conducted 800-plus tests on student-athletes, staff, and coaches and there are currently zero active cases and no one in isolation. The next round of tests is scheduled for August 3rd.

"You may have read that the ACC has said there will be no competitions until at least September 1st and that is our certain stance right now," Clemson AD Dan Radakovich told the Board of Trustees. "There will be more conversation moving forward on that in the coming weeks. The Board of Governors of the ACC will be looking no later than August 5th for a decision, but I can tell you given the scope of the pandemic this can be fluid the entire fall."

*No testing required for golf, tennis, track and field and cross country

Radakovich: "As we get into our minimum testing requirements, we created an ACC Medical Advisory Group and some of the reports back from that group are on testing timing for the sports that are in play. Here at Clemson we have been very forward in reporting our testing results. As of today, we have completed over 800 tests of both our student-athletes and staff and as we currently stand we have no active positives and no student-athletes in isolation. Our next scheduled testing is for August 3rd for the sports that will be coming back for their fall camp opportunities."

For IPTAY Donors and Ticket Holders:

*IPTAY recently created a Sales and Service Team that has 10,000 outbound calls since February

*They have announced refund plans for ticket purchases and IPTAY donations

*Mobile ticketing plans have been announced, and the app information is to be released in August

The athletic department recently completed a season-ticket holder survey and came away with the following results (there was a 70% response rate, 8,500 out of 12,000 distribution):

Radakovich: "We have tried to make sure that we have been extremely focused on customer service and planning. Back in February, for a very different reason, we created a customer service team from between IPTAY and our ticket office. But with the pandemic they have been pressed into a little different duty. They are certainly a hub of activity, giving information to our season ticket holders and donors as that information arises, So that has been a very positive new part of our organization. Previously, we had announced refunds for season ticket purchases as well as refund opportunities for IPTAY donations. We have also talked about our mobile ticketing plans, which will allow us greater flexibility going into the fall as it related to the capacity of the stadium. That is still in flux and many models have been pulled together on that and hopefully in the next three weeks we will be able to move forward in more specific detail as to what capacity opportunities we will have for Memorial Stadium. The app that will allow mobile ticketing is being formulated now and will be released in August."