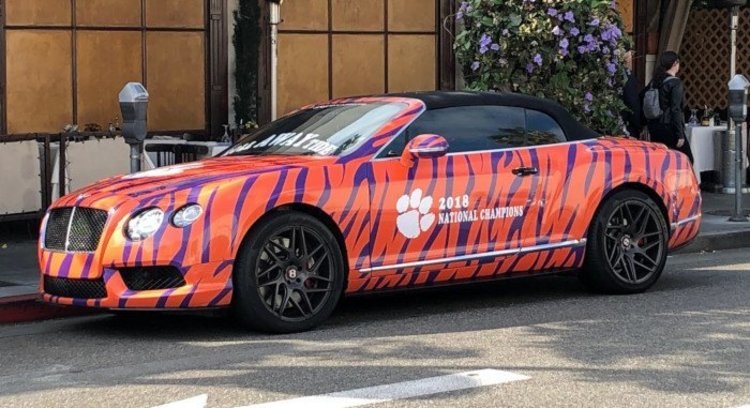 Clemson fans are known to be some of the most die-hard sports fans out there. Example A, a custom-Clemson Bentley showcasing a large white Tiger paw declaring '2018 National Champions' with purple stripes, was recently seen on the streets in West Hollywood.

The car also had several autographs donned on the hood from players and coaches after the title game and even has a trolling 'Roll Away Tide' sticker on the windshield.

Obviously, this is probably someone on TigerNet. Which one of you guys or gals owns this rare piece of fandom on wheels?

Check out the fun pictures below, courtesy of TigerNet user Tindal. 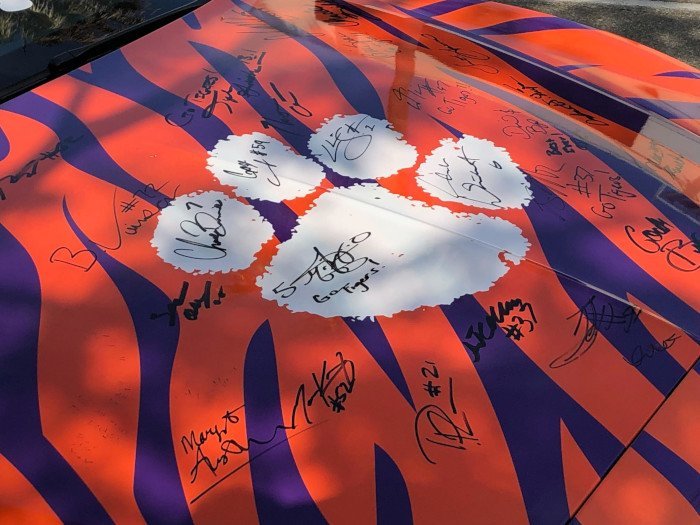 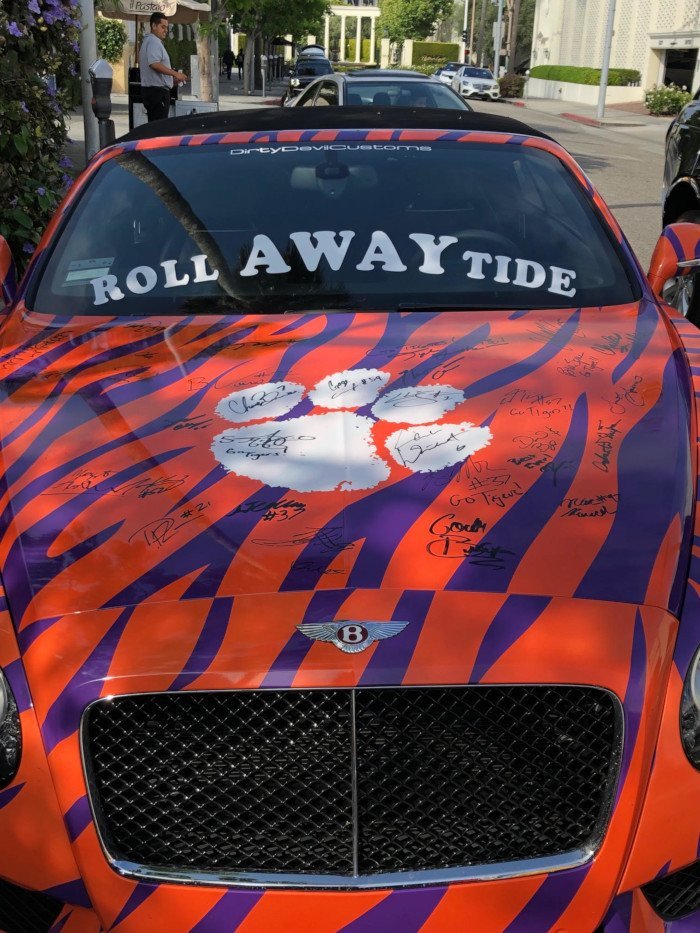 This car was in front of the Clemson hotel right after the NC game blasting Tiger rag. The owner let my wife and I sit in it and take pictures. pic.twitter.com/C1Du4klIrf