Check out several historical photos of the Clemson YMCA in the 1920s.

Mintaka's take: If you spend any time reading the accounts of the cadets in Clemson's past, it becomes apparent that the YMCA was an important part of the cadet's life here on campus. Imagine what life would have been like without the YMCA during those years.

The following is an interesting account, presented by the YMCA, back in 1928 and discusses the various aspects the "Y" was involved in during those times: 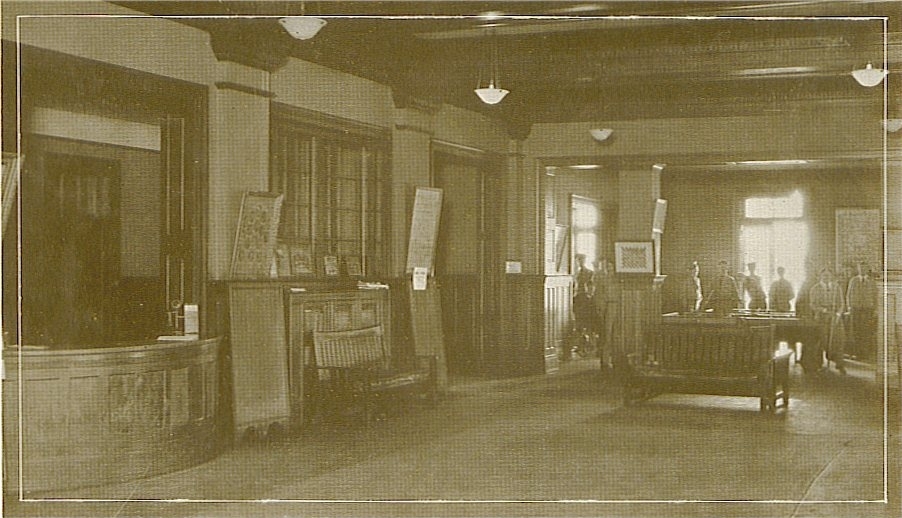 The Clemson YMCA was organized in 1895. The building was completed in 1915 and opened the first of January 1916. The cost was $78,000.00 completed furnished. The money was raised by contributions from Rockefeller for fifty thousand, the Board of Trustees for fifteen thousand, students, alumni, faculty, and friends $10,000.00. Paid off since erection $3,000.00.

The College furnishes heat, lights, water, and repairs, also $500.00 towards one of the secretary's salary. The other expense of secretaries, janitors, men employed in the building, building supplies, cost of the program all is raised by means of memberships, proceeds from the picture shows, game rooms, and rentals from the dormitory. 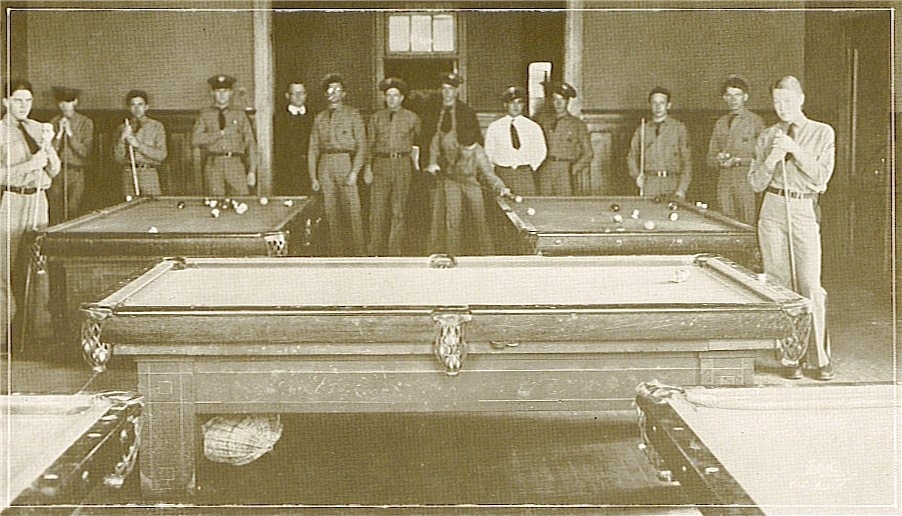 Improvements: During the past year, there have been many improvements in the YMCA building, one of the most helpful being the purchase and installation of two large fans to furnish proper ventilation for the auditorium.

Another was the purchase of new curtains, draperies, and flowers for the Reading Room, another being the securing of Mrs. Hodges as part-time Hostess, still, another being the purchase of considerable new furniture and the repair of other furniture. New rooms with permanent partitions. Quite a bit of painting in the cafe and other parts of the building. The addition of a third full-time secretary in the person of Mr. J. R. Cooper. Family memberships. 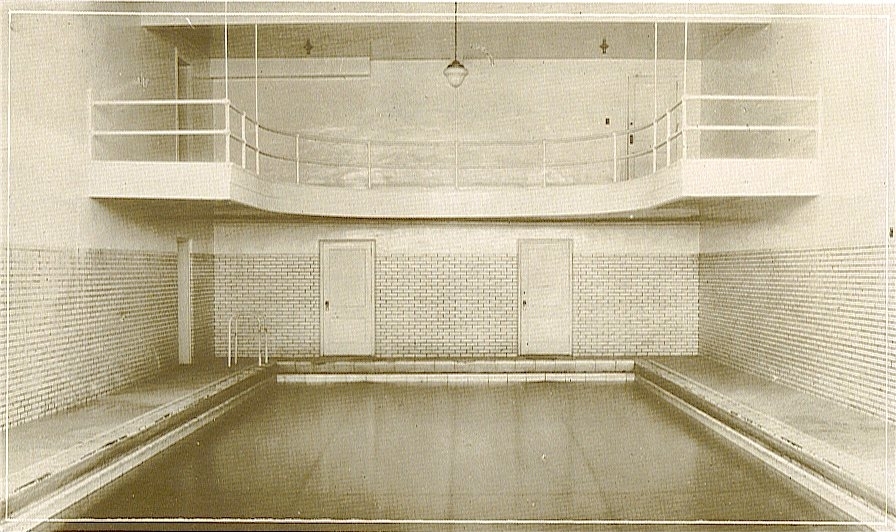 The swimming pool is a thing of interest and value in developing men physically. Men need to know how to swim and, too, there is probably no better exercise. Such an accommodation is found in the swimming pool of the Y. M. C. A. The pool is always filled with good water and is kept in good condition.

During the winter the water is heated to a comfortable temperature so that those who enjoy this sport need not wait for a good swim. Special hours have been arranged for children and ladies on the campus, and cadets use the pool at other times. The swimming team uses the pool for practice and life-saving tests are given there also. Therefore, the swimming pool is used by the cadets and many of the campus people and many of them hardly see how they could get the pleasure and development derived there from any other source. 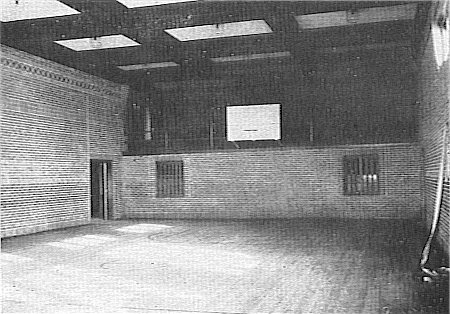 "A tired mind, a weary step; an hour of play, a world of pep." The "Y" gymnasium, although not a large one, affords to the students and people of the community an opportunity to keep fit by exercising daily. Each Monday evening, members of the faculty gather for an hour of volleyball or other games. Company basketball and volleyball tournaments are conducted for the cadets in order to encourage them to exercise more.

A number of the more energetic fellows exceed the "daily dozen" by indulging in a bit of wrestling and boxing. The girls of the community also enjoy many happy hours of play on the court. 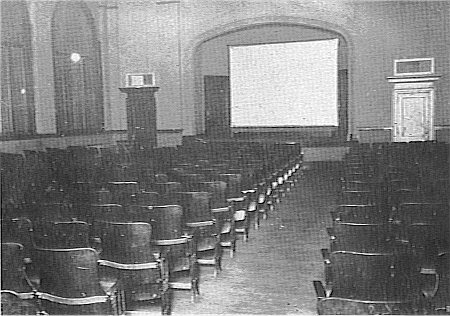 With a seating capacity of approximately four hundred, and comfortably ventilated by two large fans, this auditorium serves many needs at Clemson. It is here that the successful Sunday evening meetings are held, having an average attendance of over three hundred.

Likewise, the auditorium lends itself to the social needs of man. The campus people and students gather for an evening of fellowship and mirth on many occasions such as "class nights" or community socials. The little folks are given free motion picture programs on Saturday mornings and Monday afternoons. The auditorium also serves as the community theatre; thus, it is here that the Clemson people see the leading motion picture productions of the year.

Practically every department of the College has occasion to use the auditorium for class purposes during the year. 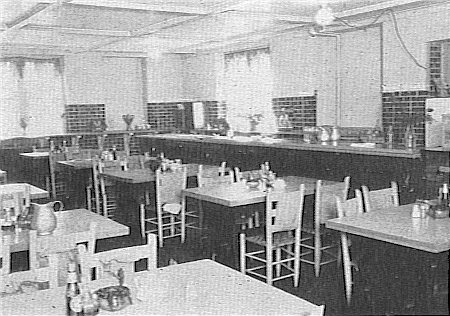 Although called a "cafeteria," this is in reality a dining room and lunch room. This portion of the building is rented to Mrs. Mary Albergotti and is operated for the convenience of transients, guests of the College and of the Y. M. C. A. and for "extra curricula" nourishment for the students. This is equipped with some very good fixtures and has electric refrigeration.

The cafeteria is open all times from early morning until late at night. Mrs. Albergotti has consistently tried to keep open for the accommodation of special groups and for special occasions. Although it is located on the bottom floor of the building and rather out of the way, yet it is attractively operated and maintained so that those who find the way once know to return.