TigerNet will be posting several historic Clemson photos during this time with little or no sports.

Long-time TigerNet member Mintaka® submitted many of the photos, and we appreciate him being part of the TigerNet family.

Mintaka's take: Today we'll take a brief look at the history of the Clemson golf team and those involved in its creation. 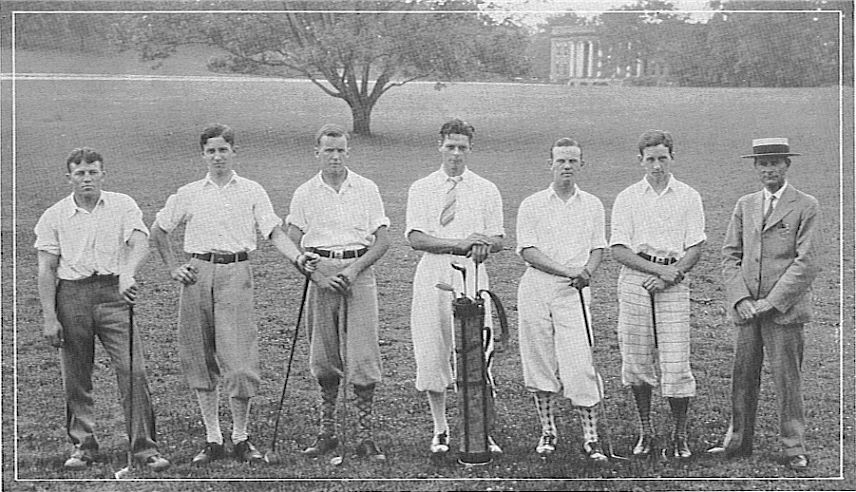 The first golf team at Clemson was started in 1930 by a number of cadets who approached the then AD, James G. Gee about forming a golf team. Gee approved and the cadets got their wish. This photo from 1930 shows the golf team on Bowman field. Also, in the photo above, the first coach of the golf team, Reverend George Hodges (far right).

At the time, Hodges was the minister of the Methodist Church in Clemson. Over the years Hodges was minister at a number of churches throughout the state. In fact, a congregational fellowship hall was named for Hodges in Clinton SC. Hodges, however, only coached the golf team for one year before being reassigned to another Methodist church.

Fast forward 52 years later and we see the first Clemson golf team to win an ACC championship, in 1982. Under coach Bobby Robinson, (who later became the Athletic Director), the Clemson golf team finally turned the corner and became a consistent national contender.

And it all started from a handful of cadets and a Methodist minister. Interestingly, one of those cadets lived to see the success of the Clemson golf team. In the 1930 photo, next to coach Hodges, is Alan McCrary Johnstone, the grandson of Alan Johnstone, one of Clemson's original elected trustees. 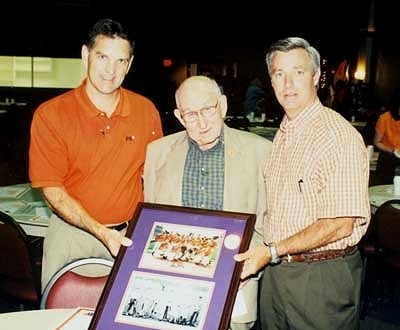 In 2003, when the Clemson golf team won the NCAA National Championship, the team named Alan McCrary

Johnstone as honorary captain. Not only was Alan Johnstone the last surviving member of Clemson's very first golf team, he was also the only surviving charter member of IPTAY.