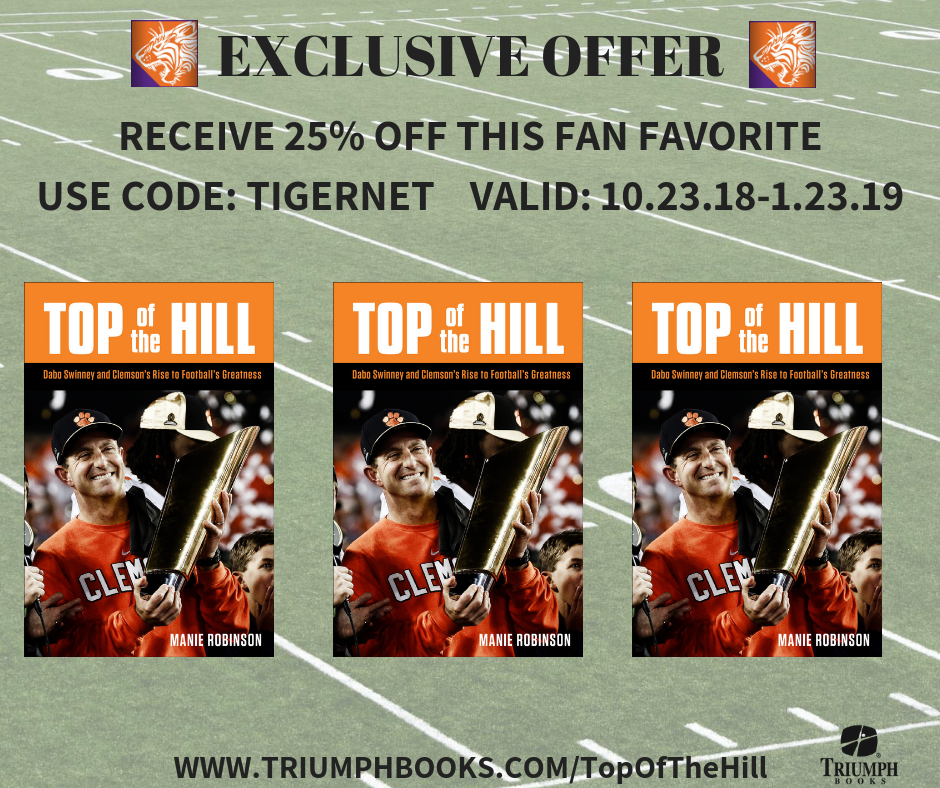 We are pleased to offer TigerNet fans a fantastic 25% discount on Top of the Hill - Dabo Swinney and Clemson's Rise to College Football Greatness, which was just released TODAY!

Support TigerNet by using code TIGERNET to save 25% on this great new book. This would make a great Christmas gift for any tiger fan!

When Dabo Swinney officially took over Clemson football for the 2009 season, it was considered a good program that couldn't quite recapture the greatness of the Danny Ford era. Dabo had spent his entire life as an underdog, but his defiant grit pushed him past personal hardships and professional adversity. His simple formula—faith, family, forgiveness, fortitude, and fun—pushed the Clemson football program past its potential and to the next level, taking the Tigers to 10 bowl games and four ACC championships, earning three College Football Playoff appearances, and most importantly, capturing the 2016 national championship. In Top of the Hill: Dabo Swinney and Clemson's Rise to College Football Greatness, Greenville News sports columnist and Clemson insider Manie Robinson traces Dabo's coaching ascension along Clemson football's return to glory, going behind the scenes of one of the powerhouse programs in the country.