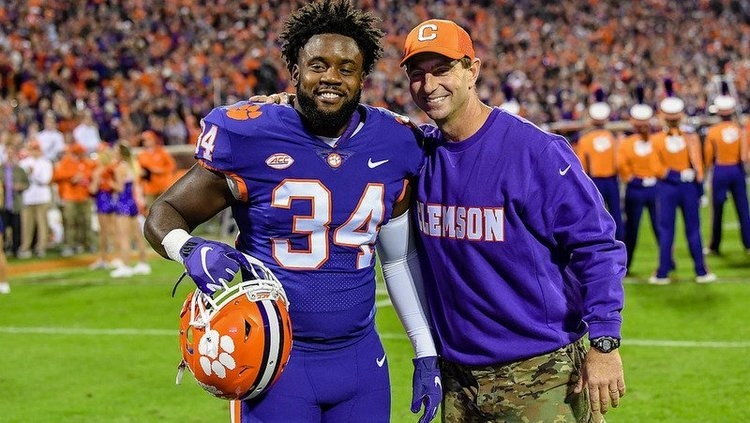 A number of former Tigers will attempt to work their way onto an NFL roster in team tryouts.

Among confirmed destinations, All-ACC linebacker Kendall Joseph will try out for the Kansas City Chiefs.

Fellow Tiger linebacker alum Judah Davis posted on Twitter that he will work out with the Tampa Bay Buccaneers. Davis saw action in 54 career games and posted 39 tackles.

Twin brother and linebacker JD Davis is slated to work out with the Buffalo Bills. He tallied 117 stops, 8.5 for loss, with three sacks, an interception and a force fumble in 777 career snaps.

Former Tigers tight end Cannon Smith announced on Twitter that he will join the new trio of Clemson rookies in Oakland, with Clelin Ferrell, Trayvon Mullen and Hunter Renfrow. Smith played in 59 games and tallied eight catches for 83 yards and a score.

Fellow former Clemson tight end Milan Richard is expected to work out for the Steelers and Vikings, according to the Savannah Morning News.

Thomasville HS (Ga.) announced Sunday that alum and former Clemson RB Adam Choice will get his NFL shot with the Seattle Seahawks.

#Savannah native (@Cavalier_Sports) & @ClemsonFB product Milan Richard (@81Rich) will attend two #NFL minicamp tryouts according to his agent. The #Steelers and the #Vikings.

Congrats to another Legend of the Nest Adam Choice for signing with The Seattle Seahawks. pic.twitter.com/A1zNDHujLT