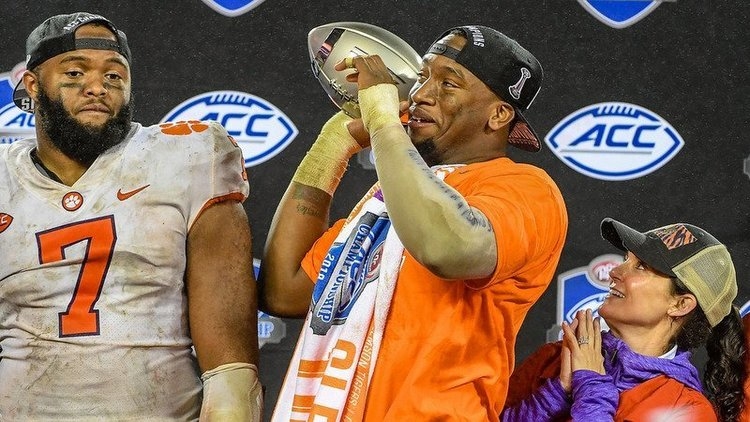 The first Clemson product checked in at No. 10 overall with All-American and Campbell Trophy winner Christian Wilkins and he was joined by All-American defensive end Clelin Ferrell in the top-20 (18). Former Tigers defensive tackle Dexter Lawrence completes a trio in the top-25 with a 24th-best ranking.

In the next tier is former Clemson cornerback Trayvon Mullen at No. 73 and defensive end prospect Austin Bryant rounds out the group at No. 118.

Brandt's rankings are close to NFL.com analyst Daniel Jeremiah's list at the top with the same Nos. 1-4 led by Ohio State DE Joey Bosa, Wilkins three spots lower (No. 7 to Jeremiah), Ferrell four spots higher (No. 22 to Jeremiah) and Lawrence one spot higher (25 to Jeremiah). They disagree most on Mullen, who Jeremiah had in his top-50 (49).

"Mullen has a tall/athletic build for the position," Jeremiah said. "He wasn't challenged much in the five games I studied, but I love his movement skills and play speed. In press coverage, he does a nice job mirroring underneath, and he has plenty of speed to carry vertical routes. He'll use a bail technique at times, and he's able to read through the wideout to the quarterback. In off coverage, he is a count late to key and drive, but he does possess a nice closing burst.

"He doesn't have much ball production, but that's because the ball is rarely thrown his way. He is a firm tackler in run support. Overall, it's tough to penalize Mullen for the lack of opportunities. He has the skill set to excel as a press cornerback at the next level."

The latest NFL.com mock draft has Ferrell coming off the board first at No. 15 to the Washington Redskins, followed by Wilkins at No. 17 (Giants) and Lawrence at No. 27 (Raiders).