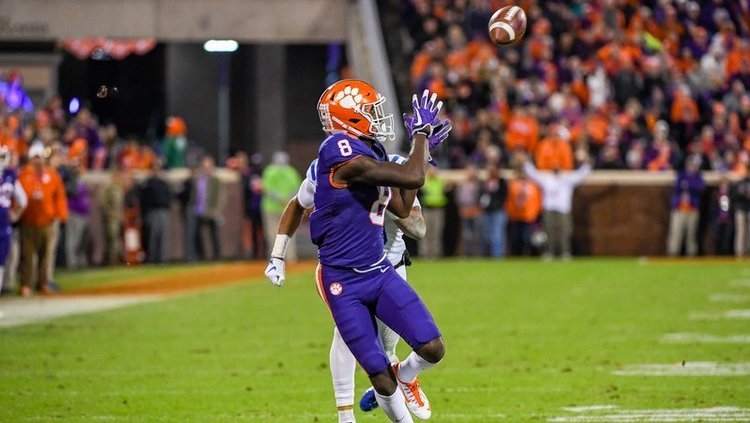 While no Tigers were voted ACC players of the week for Saturday's 35-6 win over Duke, that doesn't mean there weren't standout performances.

On the defensive side, Wilkins posted a sack, five tackles and a pass breakup, Lawrence broke up two passes and added four stops and Lamar posted eight tackles, a pass breakup and a QB hurry.

The Week 12 ACC Offense of the Week pic.twitter.com/99aejeVLc2

The Week 12 ACC Defense of the Week pic.twitter.com/MMHAejmSnr

Justyn Ross is the national leader in yards per route run through 12 weeks pic.twitter.com/9PSnwcDkpC