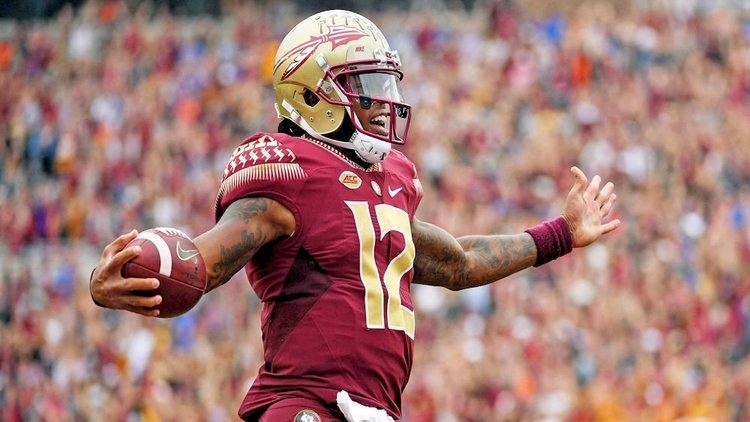 Florida State redshirt senior quarterback Deondre Francois has been dismissed from the team on Sunday.

"Last night, I informed Deondre Francois that he is no longer a member of the Florida State football program," FSU coach Willie Taggart said in a statement. "As we build a new culture and foundation for FSU football, we have high expectations for all of our student-athletes and we will not shy away from those high standards of conduct. We are moving forward as a program."

Francois passed for 2,731 yards with 15 touchdowns and 12 interceptions last season. It was a very difficult year for the Seminoles as they finished 5-7 and broke their streak of 36-years in a row going to a bowl game.

Rising junior James Blackman will likely be the new starter for Florida State this upcoming season.

The Deondre Francois news comes after a video allegedly capturing a domestic dispute between him and a young woman made its way onto social media last night. With him gone, James Blackman immediately becomes the favorite to start.

The breaking news that @FSUFootball dismissed QB Deondre Francois is not shocking to anyone that spent any amount of time around the program the past few years. Domestic assault charges aside, I cannot recall scouting a QB with more football character red flags than Francois.

Coach Taggart just did something a lot of coaches or programs would never do. He placed character over winning. Proud to see him take this stance. #Noles