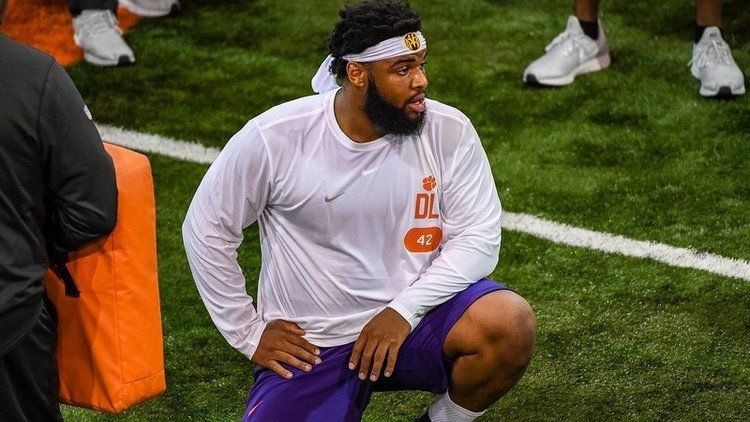 Four Tiger defensive lineman are expected to be selected and five have carried projections in the lead-up to next week in Nashville.

We're a week out from the 2019 NFL draft and there are a number of Tigers up for selection over the three-day event.

CBS Sports has eight Clemson products going in all - two in the first round and four in the first three rounds.

The first Tiger off the board according to CBS Sports analyst Ryan Wilson is Hendricks Award winner Clelin Ferrell to the New York Giants at No. 17 overall. All-American defensive tackle Christian Wilkins is projected to go four picks later to Seattle.

This mock has former Tigers defensive tackle Dexter Lawrence slipping to the second round, going No. 40 to the Buffalo Bills.

"At 340 pounds, there are questions about whether Lawrence is a three-down player," Wilson writes. "But don't be fooled by his size because his athleticism is eye-popping. Buffalo gets their middle-of-the-DL anchor a round after getting a franchise left tackle."

Trayvon Mullen is slated to go first in the third round to Arizona and fellow Tiger DB Mark Fields in the mid-fourth round to the Chicago Bears.

In the later rounds, Hunter Renfrow is a projected pick for the New Orleans Saints in the sixth round, along with the final member in the starting D-line - Austin Bryant a predicted selection for the Indianapolis Colts. Former Clemson linebacker Tre Lamar rounds out the selections in the seventh to the Bills.

Other Tigers who have had draftable projections include offensive lineman Mitch Hyatt, linebacker Kendall Joseph and defensive tackle Albert Huggins.