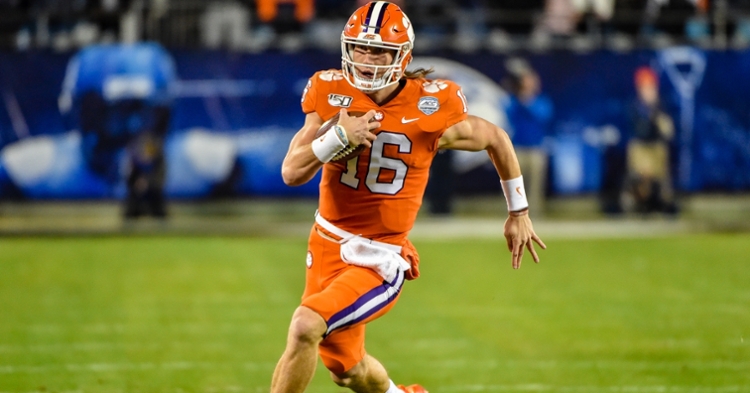 LSU quarterback Joe Burrow took home the 2019 Heisman Trophy Award in a landslide victory on Saturday night with 2,608 points which was almost 2000 points ahead of second-place finisher Jalen Hurts.

The duo of Clemson stars Trevor Lawrence and Travis Etienne finished in the top 10 in the voting with seventh (88 points) and ninth place (25 points), respectively.

Vegas has already released some early odds for the 2020 Heisman race, and Clemson quarterback Trevor Lawrence is a frontrunner with the second-highest odds behind only Ohio State quarterback Justin Fields.

For the season, Lawrence has passed for 3,172 yards with 34 touchdowns and eight interceptions.