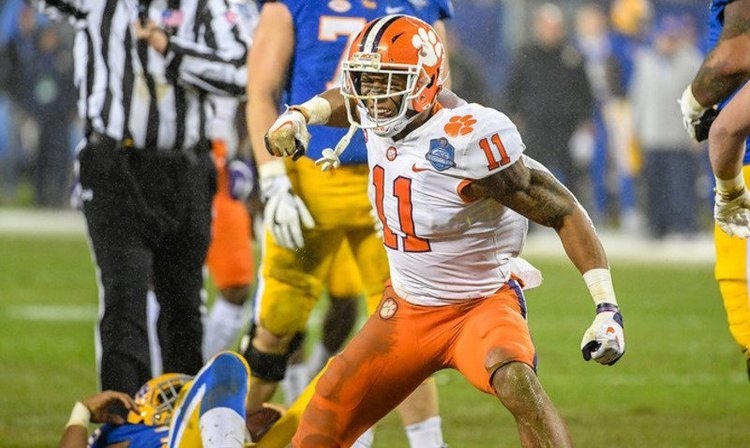 The last time Lawrence and Simmons played on the same field was the 2018 ACC Championship win over Pitt.

The New York Giants and the No. 4 overall pick in next week's NFL draft (April 23-25) are a popular projection for Isaiah Simmons.

The Giants' last first-round pick, former Clemson defensive tackle Dexter Lawrence, is all for that.

“I would love it if he winds up here,” Lawrence told Maven SI's GiantsCountry. “Just to have another familiar face and winning attitude in the building who knows what he’s doing and knows how to win is an important factor that can go a very long way.”

Lawrence lauded Simmons' versatility as an asset for the Giants.

“His skill set is rare to come by," Lawrence said to GiantsCountry. "Having him around would be great in a lot of different ways. His ability to rush the passer and drop back in coverage would give our defense a boost in both areas where he excels.”

Lawrence, who graded in the top-10 of rookies last season, told the outlet that Simmons and Ohio State's Chase Young are the top-two defenders in the draft.

A No. 4 pick would tie Banks McFadden, Gaines Adams, Sammy Watkins and Clelin Ferrell as the highest-drafted Tigers all-time.