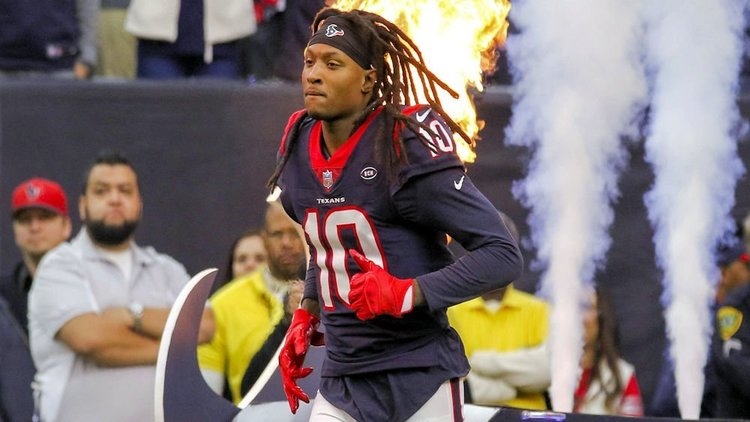 Hopkins is the only offensive player Madden to carry a 99 rating. (USA TODAY Sports-John Glazer)

DeAndre Hopkins has put together the resume that makes him the best receiver in the NFL.

Madden 20 backed that up with elevating Hopkins to one of four players in the league with its maximum rating of 99:

"Brace yourself. DeAndre Hopkins is going to be virtually unstoppable in Madden NFL 20.

"Following his second-straight First Team All-Pro nod, and yet another season of insane statistical output, Hopkins has earned the honor of being the only offensive player in the Madden 99 Club at launch.

"Plus, Hopkins is a Superstar X-Factor with a zone ability called Double Me. When he enters the zone, Hopkins’ ability increases his success rate on aggressive catches against single coverage. The guy has baseball mitts for hands, and he’s always open. Just throw the ball in his general vicinity in Madden 20, and Nuk will come down with it."

Hopkins is given 99-rating marks in catching, jumping, spectacular catch and release.

Hopkins was named the NFL offensive player of the year by Pro Football Focus last season after not recording a drop in 115 catchable targets last season. He totaled 1,572 receiving yards with 11 touchdowns.

The game, which will also feature the ability to play as Clemson in a Playoff game scenario, will be available on August 2.

.@DeAndreHopkins has come a long way...