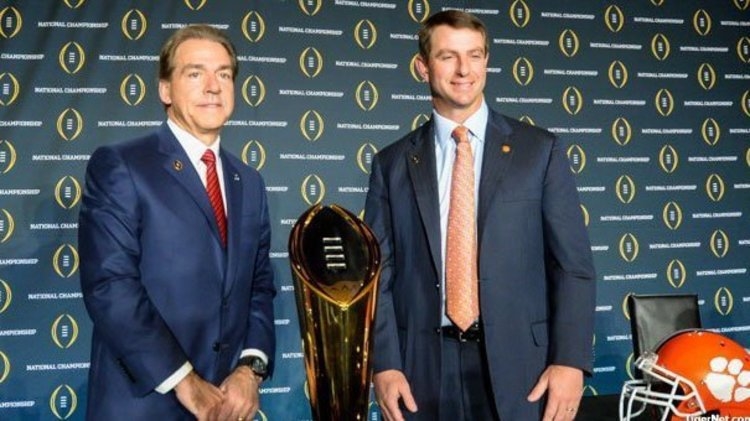 “He ain’t ever going to retire,” Swinney laughed. “What’s he going to do? He ain’t going to sit at the lake or go fishing. He’ll eventually get tired of playing golf. I think he’s like most of us coaches. We enjoy our time when we get a break, but he loves what he does. I love what I do.

Swinney and most other coaches are usually the happiest when they busy prepping for football games.

"We probably both are happiest when we’re in camp and back to the grind of what we’re doing. I know he’s 60-something years old, but I guarantee he handles himself and carries himself and probably feels like he’s 40. He’s got a lot of energy, and he’s got a lot in front of him. He’s still passionate about what he does, so I don’t see him retiring any time soon. He's got a lot of football ahead."

Dabo Swinney jokes that Nick Saban “ain’t ever going to retire. What’s he going to do?” In other words, college football might want to get used to @AlabamaFTBL vs. @ClemsonFB every year for the title. pic.twitter.com/HbuBAZLOJY