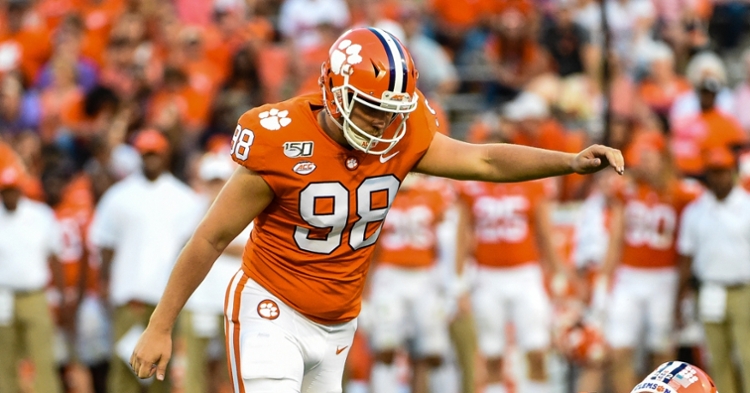 Sawicki is getting his shot to make a difference as a redshirt senior.

Clemson's one notable change in this week's depth chart is it confirming what head coach Dabo Swinney announced on Saturday, which is redshirt senior Steven Sawicki taking over field goal and extra-point duties from sophomore B.T. Potter.

Potter missed a 24-yard field goal versus FSU going into the half, which was a second miss from under 40 yards this season (4-8 on kicks of less than 50 yards). Sawicki hit a 26-yard field goal in the second half and all of his extra-point attempts. Sawicki transferred from NC A&T after averaging 38.4 yards per punt over two seasons, and he kicked off in two Clemson games last season and also hit a pair of PATs versus Charlotte.

More of the depth chart for both teams: