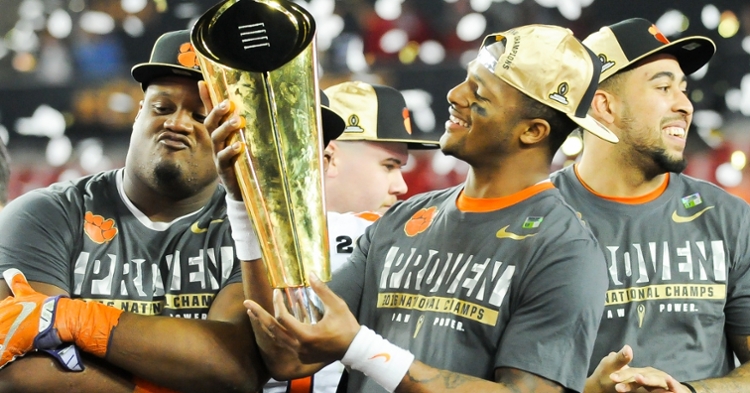 Deshaun Watson helped Clemson add to its resume midway through the decade.

The best run in Clemson football history places the Tigers among the best of the first decade with a College Football Playoff.

Clemson made a CFP appearance in all but one year of it and earned a spot in the national championship in four of the last five -- winning twice.

Sporting News ranked the top teams of the past decade and placed Clemson at No. 2, with 122 points, only trailing Alabama's 166 points in the top spot.

"Clemson will be No. 1 in most 2020 preseason polls," SN's Bill Bender writes, "and that is the power of what Dabo Swinney has built. The Tigers have dominated the ACC with a 38-2 record in conference play the past five seasons. There are no signs that this is slowing down."