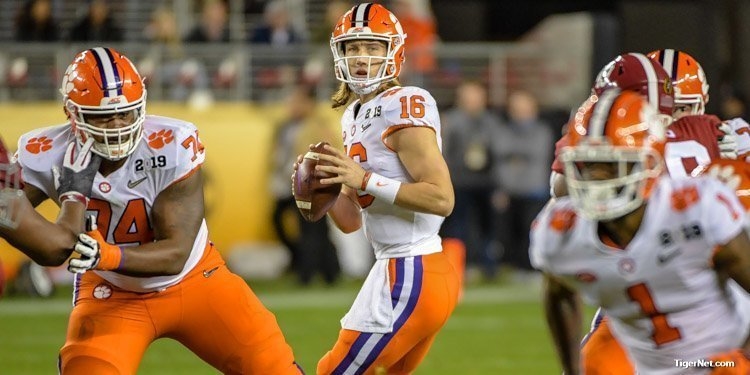 Clemson football has been accustomed to a ranking atop of the college football world lately. Coming off of a second national title in three seasons, that's not likely to change in the 2019 campaign.

CBS Sports ranked Clemson No. 1 in its post-spring top 25 on Monday.

"Is this on its way to being the best offseason ever for Clemson? The Tigers completed a productive spring," CBS Sports senior writer Dennis Dodd said. "Dabo Swinney signed the largest contract in college football history. The NFL Draft spread the Clemson brand all over the league. The Tigers landed the No. 1 overall recruit in the Class of 2020.

"Can it get better? You bet. The Tigers end the spring like they ended last season -- on top of the college football world and these top 25 rankings. This run of excellence may just be getting started for Swinney, who is 18 years younger than Nick Saban."

Alabama checks in at No. 2, followed by Georgia, Oklahoma and LSU. The highest-ranked scheduled opponent is Texas A&M (14).

The Tigers are slated to have seven returners with starting experience on offense and four on defense for the Georgia Tech opener (Aug. 29)

Clemson was also a projected No. 1 in an NCAA.com ranking, followed by Alabama, Ohio State, Georgia and Oklahoma.