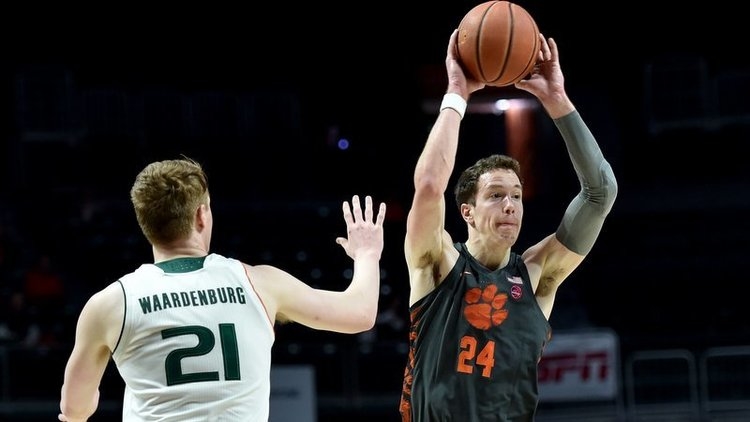 The 'Bilas Index' is the evaluation of the Top 68 teams in college basketball by ESPN commentator Jay Bilas.

Clemson (15-9) was put into the tier four group (NCAA tournament team) on the index and ranked as the No. 34 team even after the heartbreaking 65-64 road loss to Miami on Thursday night.

So all is not lost yet, Clemson fans.

"The Tigers are 15-9 after 24 games and going to the NCAA tournament as long as they stay healthy," Bilas said. "Clemson guards people and usually has under Brad Brownell. But perimeter shooting has been inconsistent. Marquise Reed is more of an attack guard who gets to the foul line than one who knocks down 3s, and Shelton Mitchell has only hit 33 3s. But foul those two, and it is money. They both shoot better than 80 percent from the foul line, which is key at the end of close games."

In-state school Furman was the last team to be ranked at No. 68.