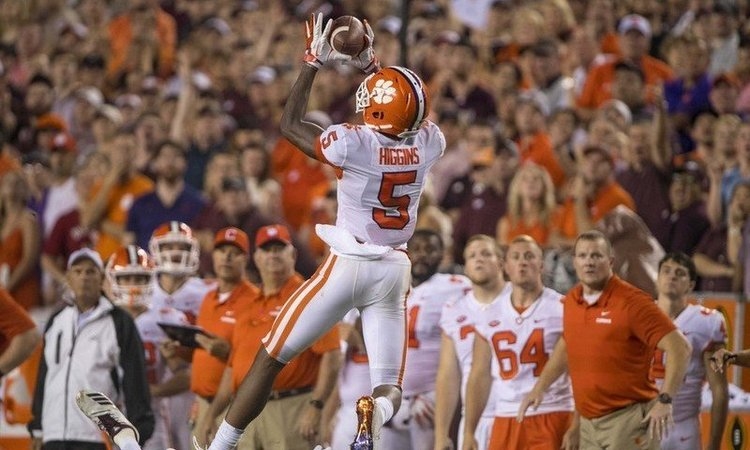 Tee Higgins posted three catches for 123 yards with a touchdown in the 28-26 win at Texas A&M. (USA TODAY Sports-Jerome Miron)

It was a season like no other for Clemson - and anyone else's since 1897 - and that meant some memorable games for Dabo Swinney's Tigers.

SB Nation released its ranking of the top 100 games of the 2018-19 season on Thursday and two Clemson games made the top-10.

Clemson's early non-conference trip to Texas A&M checked in at No. 4 and the comeback home victory over Syracuse led by backup QB Chase Brice was ranked ninth.

The Tigers' blowout of Alabama for a second national title in three seasons was ranked 99th.

"More memorable than actually good. Sure," SB Nation's Bill Connelly wrote. "But holy crap, Alabama lost the title game by 28 points. Clemson owned basically every third down, and Bama's big special teams risk didn't work out quite as well as the one three years ago. This was a momentous result. That puts it on the list."