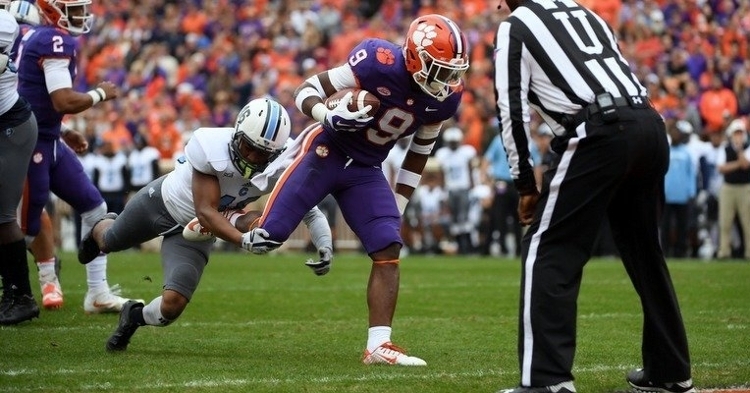 Clemson last faced The Citadel in 2017.

Clemson coach Dabo Swinney is busy with fall camp duties but said Thursday that he believed the Tigers would either face Akron or The Citadel in his team's open non-conference spot on Sept. 19.

Neither option is looking viable at the moment now.

Saturday morning the Mid-American Conference, where Akron plays, announced a postponement of its fall sports with hopes of picking them up in the spring. Notre Dame, Pittsburgh and Boston College had MAC opponents on their revamped schedules announced this week.

In-state on Friday, The Citadel had 34 players not report to fall camp.

“We recognize this season is uncharted territory for all of us, and we want to continue to work hard and be communicative and take care of each other. That is my number one goal, the safety of my players as they return to campus, and it’s an on-going process right now.”

The Citadel's Southern Conference is one of a few FCS-level leagues to not punt on fall football yet.

Akron and The Citadel were the two previously-scheduled non-conference opponents to not be canceled going into the week. The home game with South Carolina, due to an SEC decision, was canceled and the away date at Notre Dame was transformed into a conference game.

Clemson was announced to open its season at Wake Forest on Sept. 12, as part of a new 10-game ACC schedule.