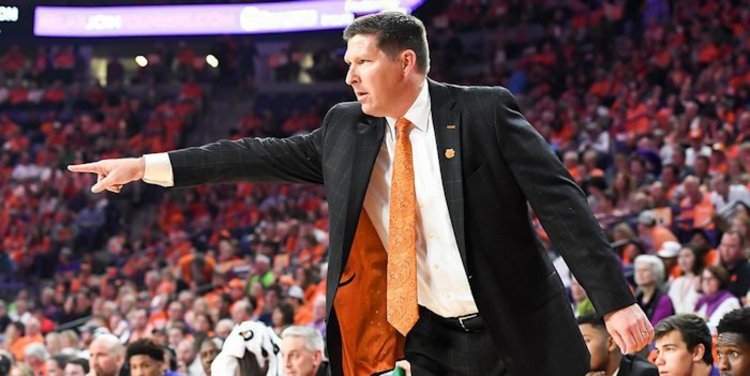 No. 16 Clemson’s comeback bid versus Creighton fell short Wednesday as the Tigers dropped their first game of the season in the Cayman Islands Classic final, 87-82.

After trailing by 10 at the half, the Tigers (5-1) cut the lead to three with under 30 seconds to go, but the Bluejays sealed the deal at the free throw line, where they hit 19-of-25 attempts on the night.

Creighton (5-1) shot around 60 percent for much of the first half - led by 19 points from guard Ty-Shon Alexander - to a 45-35 lead. They finished hitting 55.8 percent from the field overall.

Alexander continued to lead the Bluejays’ charge in the second half - reaching a career-high in the early minutes of the second session and finishing with 36 points.

Creighton has made back-to-back NCAA Tournament appearances out of the Big East. They came in rated as the No. 25 offense in college basketball, per KenPom.

Clemson returns to action in the ACC-Big Ten Challenge at home versus Nebraska on Nov. 26 (7 p.m.).

For their play during the tournament, both Reed and Mitchell earned All-Cayman Islands Classic Tournament honors.

With that last layup, Marcquise Reed just went over the 1,000-point mark in his career at Clemson. 27 in the game and 1,001 as a Clemson Tiger. ??#ClemsonGRIT pic.twitter.com/bkocJxYDRd

Clemson vs Creighton Box Score
ONE DAY ONLY! Fanatics.com Black Friday Sale 20% off on orders over $75
Comment on this story