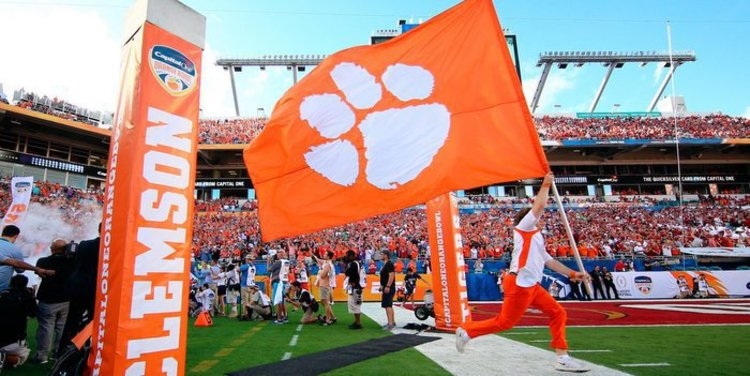 More than 500 Clemson students and community volunteers will participate, constructing the Habitat house on Bowman Field at Clemson. Construction will continue through Oct. 19. The house will be moved to its permanent location following the Homecoming festivities. The recipients of this year's house will be Anthony and Shena Tolbert and their family. They will reside in Clemson.

"The Campus Chapter has made a long-lasting and positive contribution to local families for 25 years," said Chapter president Sarah Grace McAlpine. "As students at Clemson, we have helped to build a foundation and a future for families while simultaneously building our futures."

The Campus Chapter was formed after completing its first on-campus build during Homecoming 1993. For 25 years, the Campus Chapter has flourished under the leadership of Chris Heavner who serves as faculty advisor and is the Campus Pastor of University Lutheran Church in Clemson. Heavner will retire in 2019 but leaves a lasting legacy of leadership and service.

According to Wayne Watson, a former president (1999) of the Campus Chapter who now serves on the board of directors for Pickens County Habitat for Humanity, the Homecoming build is an important tradition for Clemson and a way for students to build leadership skills while giving back to the community.

"My work with the Campus Chapter began with the Homecoming house and my involvement continues because this organization provides a meaningful outlet to serve others," he said. "It is a great example of neighbors actively caring for and helping each other."

The 25th anniversary Homecoming house is one of three homes being built in 2018 in partnership between Pickens County Habitat for Humanity and Clemson. A house in Liberty, which has been funded by Dabo's All In Team Foundation is being built for a family of seven in honor of Deshaun Watson. The Clemson University Athletics Department is helping to coordinate a build with student-athletes.

Since 1981, Pickens County Habitat for Humanity has built more than 100 homes to help local residents build a better life for themselves and their families. With the focus of putting God's love into action by bringing people together to build homes, communities, and hope, Habitat for Humanity partners with families who need a safe and secure home to call their own.

To help further the mission of Habitat for Humanity, visit www.PickensHabitat.org to volunteer or donate.