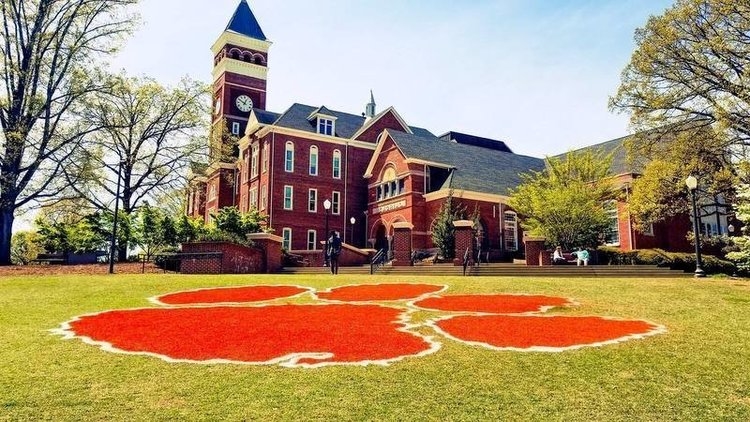 Eric Sabin has joined the Clemson Athletics staff as the Associate Athletic Director of Facilities Management and Capital Projects, Director of Athletics Dan Radakovich announced Friday. Sabin most recently served as the Senior Associate AD for Finance at the University of Memphis, and has been involved in finance, operations and facility management for more than a decade.

“We are excited to have Eric join the Clemson Family,” said Radakovich. “His background in finance and project management is crucial to his role here. We’re eager for Eric to put his stamp on our department, and he’ll have the opportunity right away with our ongoing and upcoming projects.”

“My family and I are ecstatic to be at Clemson,” Sabin said. “I’m extremely grateful for the opportunity to come to Clemson be a part of this special athletic department, and have been very fortunate to have the support and learning environments at my previous stops. I’m just really excited to get to work and dig in with some of the exciting things we have going up.”

Sabin oversaw all fiscal planning, facilities and contracts at Memphis in his most recent role. He’s also managed more than $50 million in capital projects, from design to completion, including a $20 million football facility and a $21 million basketball training facility. He served in various finance roles at Memphis over the course of the past six years.

Prior to Memphis, Sabin served at San Jose State for four years as an equipment manager and a business operations analyst. Sabin earned his B.S. in finance from Florida State in 2007, and an M.S. in sports commerce from Memphis in 2012.

Clemson has completed more than $170 million in facility upgrades in the past five years, and presently has a softball stadium and new IPTAY and ticket center scheduled to be completed this fall.

Sabin and his wife, Diana, have a daughter, Remi.

Sabin assumes a role previously held by Joe Simon, who recently moved on to an opportunity with the Pittsburgh Steelers.