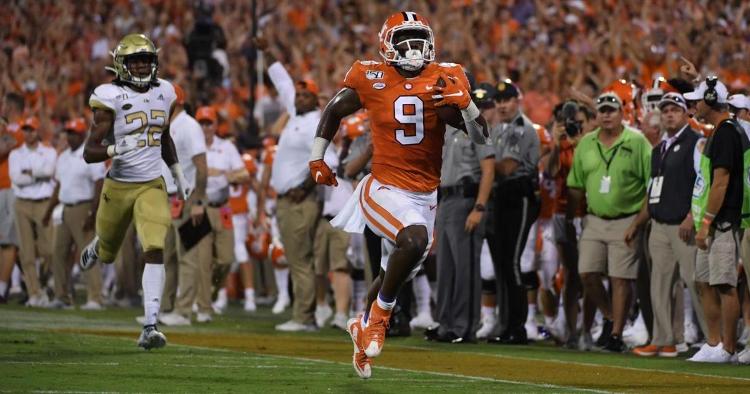 Clemson is projected to run the table and two Coastal foes are tied at the top of the other side.

CBS Sports released its 2020 ACC predictions on Monday for the regular season and has the Tigers and Tar Heels vying for the conference crown in Charlotte.

"There's no doubt that the Tigers' late-season date at Notre Dame is tough, but even in that setting, Clemson would enter the game as a betting favorite of nearly a touchdown," Chip Patterson writes. "Predicting a loss at any other spot on the schedule would be trying to force unique imagined circumstances into the activity, and that's not the goal here. Clemson is one of the top-three programs in all of college football, is led by one of the two best quarterbacks in the sport and will likely be a double-digit favorite in every conference game."

The next-best win total comes from Virginia Tech (10-2), but North Carolina is given the edge in their head-to-head battle, with the Tar Heels finishing league play 7-1. CBS picks their one loss being at home to Pitt, but leaves open the possibility UNC has a schedule it can run the table on.

"North Carolina might be a seven-point or even 10-point favorite against Pitt at home," Patterson writes, "but the likelihood of the Panthers disrupting the ACC Coastal Division race exceeds the odds that the Tar Heels will go undefeated in conference play. UNC has the best ACC quarterback not named Trevor Lawrence in Sam Howell and an offense that can power a top-25 season for Mack Brown in Chapel Hill. But the margins between UNC and the rest of the ACC are too thin to expect a goose egg in the loss column."

The next-best projected in the Atlantic Division are Louisville (6-2) and Florida State (6-2), with the Cardinals finishing second.