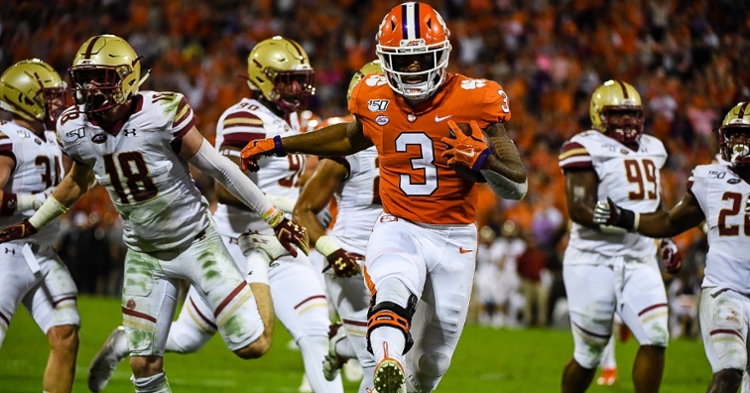 Clemson is rated as high as No. 3 among metrics.

The College Football Playoff committee will be meeting soon to decide its first rankings. Advanced metrics, which account for "garbage time" situations at different levels, have been a part of that process throughout.

ESPN's newly-adopted SP+ metric has the same top-two with the Buckeyes (35.3) and Alabama (34.1), followed by LSU (29.1), Oklahoma (29) and Clemson (28). The Tigers were ranked as low as eighth after the UNC game after a No. 2 preseason ranking there. The current efficiencies would conclude that Alabama and Ohio State are rated at a level that would have them as around a touchdown favorite on a neutral field versus Clemson.

The Power Rank shares the view of Ohio State and Alabama at the top with Clemson, No. 3, with a projected 24.7 point margin of victory versus the average FBS team. Ohio State is projected as nearly 33 points and Alabama, 29 points, better than the average team.

Clemson is given a 99.7 win projection versus Wofford this weekend by ESPN's FPI. The first Playoff rankings come out on Nov. 5.